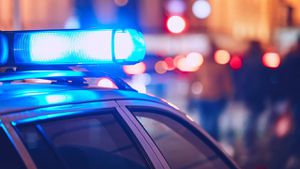 DeKalb County Police are investigating a drive-by shooting that left an 11-year-old in serious condition.

Police responded to a house on Muriforest Drive just after 10 p.m. Wednesday night.

When they arrived, they found an 11-year-old boy with a gunshot wound to his hip. He was taken to hospital in serious condition, police said.

A motive for the shooting has not been established, police said. The investigation is underway.