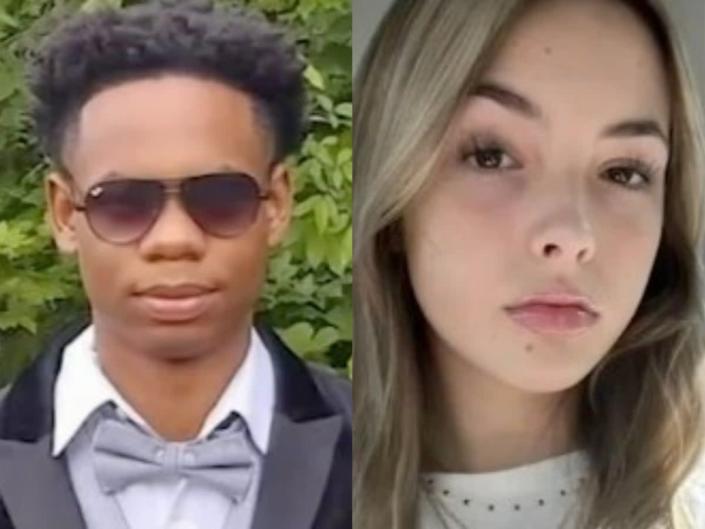 A 17-year-old has been charged with the murder of two North Carolina high school students who were shot and killed by four-wheelers on a country road.

The bodies of Lyric Woods, 14, and Devin Clark, 18, were discovered Sunday in western Orange County with gunshot wounds after being reported missing by their families.

The suspect, who was not yet in custody Tuesday afternoon and has not been named, is the subject of a youth petition for two first-degree murders, according to the Orange County Sheriff’s Office.

Woods was reported missing by her stepfather on Saturday morning after her family discovered that her bed in their home in Efland was empty.

Her family immediately contacted the police when they discovered that the back door of the house was unlocked.

Clark, a star soccer player at Eastern Alamance High School, was reported missing by his family on Sunday after his family hadn’t seen him since Friday night.

“Through the hard work of my investigators, along with the assistance of personnel from many other law enforcement agencies, we have identified a suspect in this case,” Sheriff Charles Blackwood said.

“We will now work with local, state and federal authorities to arrest and present the suspect in court.”

“I want to thank the families of Devin Clark and Lyric Woods for trusting us and the investigation process during this excruciatingly painful time. I hope the detention of this subject will provide them with some comfort as they grieve for their loved ones.”

In North Carolina, 16- and 17-year-old youth charged with first-degree murder are not automatically charged as adults. But if there is probable cause or charge, a district court can transfer the case to the state’s higher court.

Investigators are still waiting for official confirmation of their identity and cause of death from the state doctor.

“While we don’t have that confirmation yet, the tragic but logical conclusion is becoming clearer as there are no other missing persons that match the descriptions of the localized people,” the sheriff added.