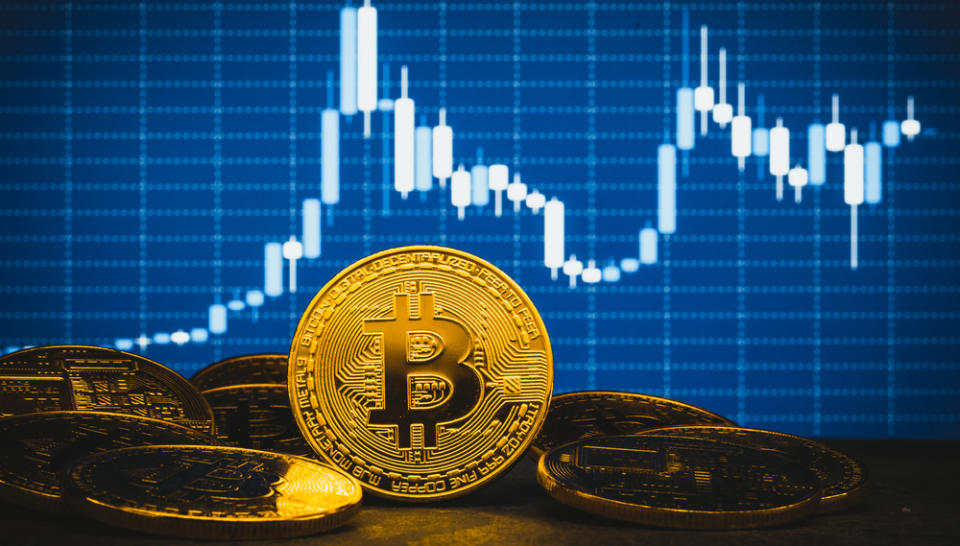 After a tumultuous 2022, impacted by multiple negative developments culminating in the FTX debacle that further collapsed the crypto space, 2023 has started off with a bang for the industry.

As always, bitcoin has put up an excellent rally in the lead, rising 38% since the turn of the year. And as usual, other tokens have mimicked BTC’s behavior and moved forward as well. Of course, the rally has also spilled over to the stock market, with crypto-focused stocks benefiting from the shift in sentiment.

In fact, Josh Siegler, the crypto specialist at Cantor, expects shares of a number of BTC miners to rise further in the coming months — in the range of 60% or more.

Cantor’s first crypto pick is Riot Platform, one of North America’s largest cryptocurrency mining companies. The company is focused on broadening its business by increasing its bitcoin mining hash rate and increasing its infrastructure capacity.

The company only had 3.1 EH/s self-mining capacity at the end of 2021, but that has accelerated significantly in recent months, and Riot saw 2022 with 9.7 EH/s, boosted by the deployment of recent mining purchases that deployed its entire fleet to 88,556 miners. With further expansion, the company is aiming for a hash rate of 12.5 EH/s by the end of the first quarter as the Rockdale, Texas facility adds a new building and the company installs more miners. Riot is also in the process of assembling 200 MW of immersion cooling infrastructure. In addition, the company hosts about 200 MW of institutional Bitcoin mining clients. Riot recently underwent a rebrand, changing its name from Riot Blockchain to Riot Platforms.

ALSO READ  When to sell a stock

In addition to quarterly results, the company provides monthly updates of its activities. The latest, for December, showed that Riot has mined 659 BTC, representing a 55% increase compared to December 2021. The company sold 600 BTC worth about $10.2 million.

Riot shares were absolutely decimated last year, but are up 88% since the December lows. That said, Cantor’s Josh Siegler thinks they have more room to run.

By making RIOT his “Crypto Top Pick”, Siegler lays down the bull case. He writes, “Because scale is paramount in this industry, we are positive about RIOT’s ability to mine more Bitcoin than others and reinvest those proceeds to further scale. Gross margin remains best-in-class at ~65%, largely due to unique energy deals it has entered into… Unlike other miners, RIOT does not need to raise additional debt or equity capital to meet its guidance.”

Overall, it is clear that Wall Street agrees with Siegler on the outlook for RIOT. The stock’s 8 recent analyst ratings include 7 Buys and 1 Hold, for a Strong Buy consensus pointing to a bullish outlook. The shares are priced at $6.20 and their $10.06 average price target implies a 62% upside over 12 months. (See RIOT stock forecast)

The company operates its own bitcoin mining facilities in Atlanta, Georgia and co-locates miners in Massena, NY. While bitcoin mining is known to be extremely energy intensive, CleanSpark touts itself as a sustainable mining company and mines mostly with renewable or low-carbon energy sources. The company’s capital management policy includes the sale of a large portion of the BTC mine, with the proceeds going towards financing further growth. This allowed CleanSpark to increase its hash rate from 2.1 EH/s in January 2022 to 6.2 EH/s in December, even despite the industry’s difficulties.

According to the company’s recent update, its fleet of 63,700 latest-generation bitcoin miners mined 464 bitcoin in December, resulting in an annual production of 4,621 — a growth of more than 200%. The company sold 517 bitcoins in December at an average of ~$17,000/BTC, with sales proceeds of ~$8.7 million.

At the same time, the company said it is lowering its CY23E hash rate outlook from 22.4 EH/s to 16.0 EH/s, due to infrastructure expansion delays at Lancium, where CleanSpark has signed an agreement to sell part of its deploy mining equipment.

ALSO READ  Tesla Cuts Prices to Compete for EV Sales and Tax Incentives - Will the Discounts Be Enough to Boost Lagging Sales?

While the result will be a lower hash rate by the end of the year, Siegler views the development as a clearing event for the stock.

“A target of 16.0 EH/s would still solidify CLSK as one of the largest, vertically integrated, self-miners in the industry,” the analyst said. “However, we believe the company has better foresight and control over the development of its self-mining sites than the co-location infrastructure. Further, the company disclosed that its new hash rate guideline requires only ~95,000 rigs and ~$70 million in CapEx spending. Assuming rigs can be purchased for ~$15/TH, this would imply that the new cost of reaching the target hash rate is ~$212.5M. This compares favorably with our current conservative assumption of ~$350 million and is likely to result in less equity dilution.”

CleanSpark’s shares may be up 48% since the December low, but Siegler thinks they still have plenty of room to run. The analyst rates the stock as overweight (i.e. buy) along with a $5 price target. The figure clears the way for an 89% annualized return.

Two other analysts recently landed CLSK reviews and both are also positive, making the consensus a strong buy here. At $7.33, the average target implies that the stock will rise as much as 178% over the next year. (See CleanSpark stock forecast)

Disclaimer: The opinions expressed in this article are solely those of the recommended analyst. The content is for informational purposes only. It is very important to do your own analysis before making an investment.