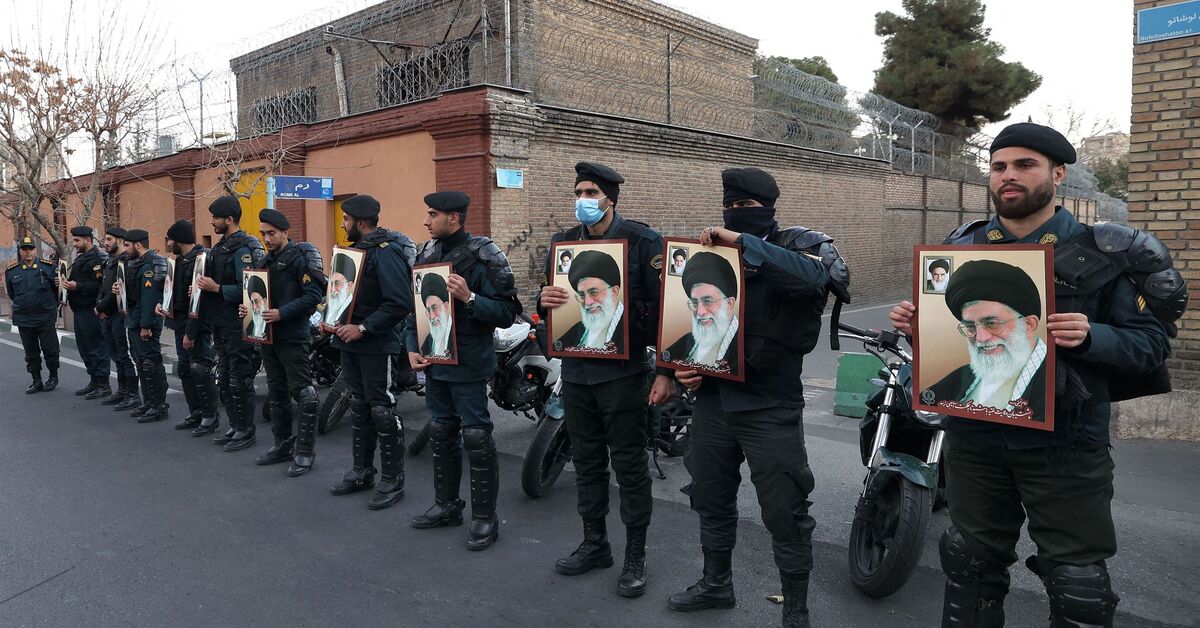 TEHRAN — Iranian police on Tuesday announced the deaths of two officers in the unstable and protest-ravaged province of Sistan-Baluchistan.

The pre-dawn ambush targeted a police patrol near the town of Bampour, according to the provincial police commander, Mohammad Qanbari, who was interviewed by the Tasnim news agency.

The report identified those shot as Major Mokhtar Momeni and Lieutenant Abouzar Omidvar and blamed “armed thugs” for wounding two other officers in the shootout.

The police commander promised: “The perpetrators will be arrested in no time to face the maximum punishment.”

Populated by the ethnic Balouch minority and followers of Sunni Islam, impoverished Sistan-Baluchistan shares a long and porous border with neighboring Pakistan and has been Iran’s most troubled province for decades. Over the past four months, the area has seen a particularly upsurge in apparently retaliatory attacks targeting security forces, which have been intensely involved in quelling unrest following the death in police custody of 22-year-old Mahsa Amini in mid-September.

In particular, on September 30, Iranian police and forces affiliated with the Islamic Revolutionary Guard Corps opened fire on unarmed protesters in the provincial capital of Zahedan, killing nearly 100 people. In what is lamented as Bloody Friday, the violence marked the worst of the state’s continued crackdown. The dead in Zahedan included children, the elderly and disabled residents, according to human rights groups, including Amnesty International.

Calls for justice have been ignored despite the brutal protests held every Friday after Sunni prayers in the city. Just last week it witnessed one of the busiest of such gatherings, with protesters chanting against Supreme Leader Ayatollah Ali Khamenei and the IRGC, which they called a terrorist group.

The area’s most prominent Sunni cleric, Mowlavi Abdul Hamid, vehemently attacked the ruling establishment in diatribes as recently as Friday when he stressed the government’s refusal to meet “public demands for freedom, equality and justice”. In the same sermons, Abdul-Hamid noted that young Iranians should no longer be ruled by officials in their 80s and 90s, a bold reference to 83-year-old Khamenei and several other aging clerics in the highest echelons of power.

The criticism has led to concerted attacks on the cleric by the state media.

In November, an anti-government hacktivist group known as Black Reward released what it said was an internal document following a cyber-attack on IRGC-linked Fars News. At one point in the classified report, Khamenei appeared to have advised authorities to “burden” the Sunni cleric for his critical views.

Earlier on Saturday, the ultra-conservative Kayhan daily, which is run by Khamenei’s office, described Abdul-Hamid’s speeches as “shameless” and “inflammatory”, accusing him of trying to align his position with Western and Israeli intelligence agencies.