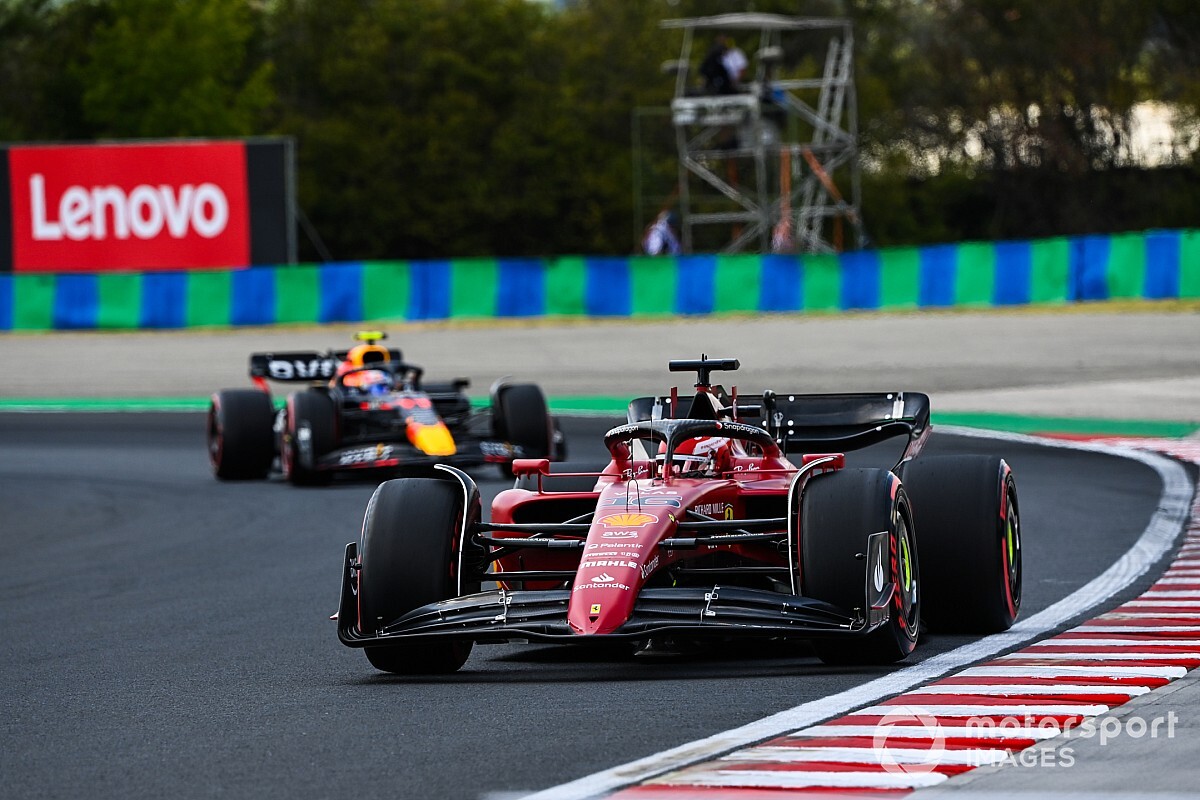 What happened in the Hungarian GP Free Practice 1?

In the final runs with 15 minutes to go, Verstappen topped out with 1m18.880s, but was quickly overshadowed by Sainz at 1m18.750s, who made a second push lap on his last set of tyres. The fastest time of the session was 0.13 s faster than the world championship leader.

What happened in the Hungarian GP Free Practice 2?

Leclerc worked to 1m18.911s, almost half a second ahead of Sainz and 0.743s faster than Verstappen.

Teams switched to the faster soft rubber just before half time, with Norris initially setting the pace with an impressive 1m18,662s.

Leclerc took P1 with 1m18.445s, while Sainz was only able to take third, 0.231s off the pace. Verstappen was slightly slower, producing 1m18.728s for fourth, ahead of Daniel Ricciardo’s second McLaren.

Leclerc reported a torque problem on his long run and went to the pits for the team to investigate. His resumption was further complicated when he snapped his jack as he pulled out of the garage.

On a largely incident-free day, Alex Albon spun his Williams into Turn 1 and was able to rejoin.