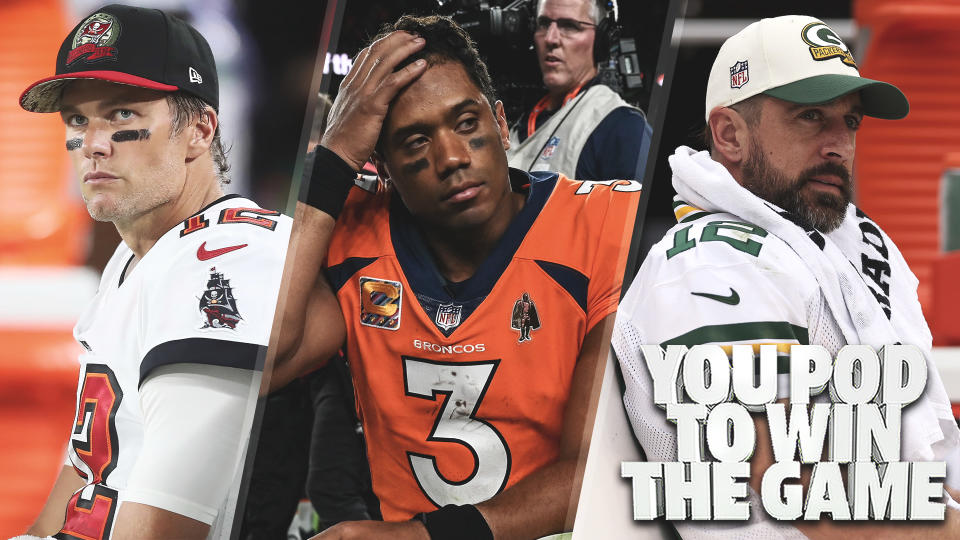 The 2022 NFL regular season is halfway through. With eight (or nine) games on the teams’ books in an eighteen-week season, it’s time to take the pulse of the league and hand out some hardware.

After checking in one more time about Jeff Saturday’s surprise hire by the Indianapolis Colts, Charles Robinson, Charles McDonald & Jori Epstein devotes most of this week’s podcast to handing out a range of mid-season awards: some real, others made up by the staff.

Sure, there’s debate over who should be this season’s MVP, Coach of the Year, or Offensive and Defensive Rookies of the Year, but the real fun comes when it’s time to hand out hardware for the best surprise team, biggest tank job and the most disappointing year for a Super Bowl-winning quarterback.

Support the legacy of Terez Paylor:

• Buy an All-Juice Team hoodie or T-shirt at BreakingT.com/Terez. All winnings directly fund the Terez A. Paylor scholarship to Howard University.

• Donate directly to give.howard.edu/givenow. Please note that your gift under “Tribute” was made in memory of Terez A. Paylor. Under ‘Creation’, click ‘Other’ and enroll ‘Terez A. Paylor Scholarship’.

Watch all episodes from Your pod to win the game and the rest of the Yahoo Sports podcast family on https://apple.co/3zEuTQj or at Yahoo Sports Podcasts