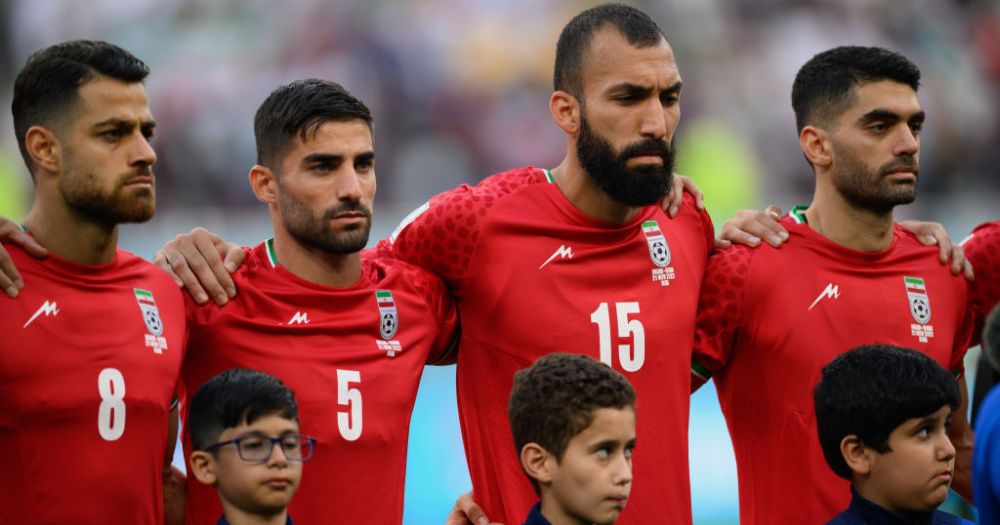 During their first World Cup match on November 21, the Iranian national team showed their support for protesters in Iran by not singing the national anthem.

All 11 starting players fell silent as the national anthem was played at Khalifa Interaction Stadium, Qatar.

Beautiful. In solidarity with the incredible courage and resilience of the women of Iran.pic.twitter.com/ccsqXSdubO

This comes after more than two months of nationwide protests in Iran. These protests were sparked by the death of 22-year-old Mahsa Amini, who died in the custody of the vice squad in September 2022. Her alleged crime was violating strict head covering rules.

Iran fans with a message ahead of their World Cup opener: pic.twitter.com/icJ8E250wN

Iranian state television interrupted the live broadcast during the national anthem and switched to an earlier recording of the stadium.

The team has lost some fans at home, Reuters said, as many have accused the football team of taking sides in a violent crackdown by the state against the demonstrators seeking the fall of the Islamic Republic.

⚡️ BREAKING: #Iran Football team captain defies regime, supports protests: “We have to accept that conditions in our country are not good and our people are not happy. They need to know we are with them. And we support them. And we sympathize with them on the conditions.” pic.twitter.com/SX4kenXiTZ

Reuters spoke to an Iranian supporter, Delara Jahani, who thought the players had acted by not singing the national anthem.

“What they did was so important because of their high profile… They showed us that they support the people,” she said.

Despite their 6-2 defeat to England, Iranian fans cheered loudly for their team

Iranian fans strongly supported their team throughout the match. Cheers, drums and horns could be heard everywhere, especially when striker Mehdi Taremi scored Iran’s two goals in the 65th minute and the penalty towards the end of the match.

Iran will next play Wales on November 25 at 6pm Singapore time.

Jetstar will operate at Changi Airport T4 from March 22, 2023