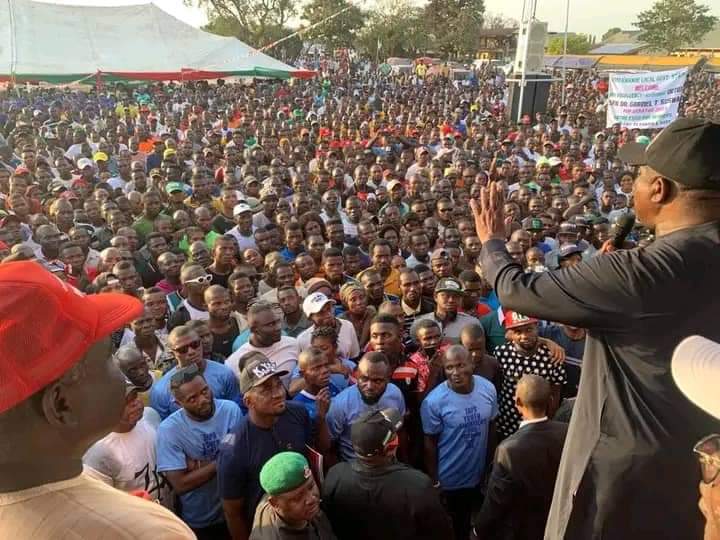 Benue Governor Samuel Ortom has expressed confidence that the People’s Democratic Party, PDP, will retain all of its electoral positions in next year’s polls.

Governor Ortom made this statement on Monday, November 14, 2022, in his remarks at the banner of the Benue North-East Senatorial campaign for the re-election of Senator Gabriel Suswam.

According to the governor, the massive turnout of supporters at the flag ceremony was an indication that the people of the Zone A Senate district are ready to vote for all PDP candidates.

In his words, “It is very clear with the public that we see here that Kwande will once again vote massively for PDP. It is an indication that Zone A with seven local government areas will vote PDP en masse. And I dare say Zone B and C remain the stronghold of PDP in Benue State.

The governor further claimed that the PDP had challenges in the state during the 2015 election when it defected to another party, stating that the PDP has since returned to its winning ways.

“I am aware that PDP had problems in 2015 when I left PDP for APC and due to the misrule of APC in Nigeria, I came back to PDP and since then we have occupied the space in Nigeria and in Benue state,” Ortom said.

While thanking the people for their massive turnout for the flag ceremony, Governor Ortom assured them, “We will continue to work together” for the good of the state.

He emphasized: “We believe in the unity of purpose. We believe in working together and that’s why you’ve seen us all here, Senator Suswam, myself, Senator Abba Moro and all the members of the House of Representatives and National Assembly here. I want to assure you that PDP, by the grace of God, will win all the way in 2023.”

In his remarks, the Senator representing the Benue North-East Senatorial District, Senator Suswam, said the National Assembly was a place for men with courage, focus and determination to draw federal presence to their constituencies.

He ordered the people to elect the trio of Ortom, Abba Moro and himself as senators because they have what it takes to create synergy and provide effective representation.

In particular, Senator Suswam rolled out the flagship projects he had carried out in his senatorial zone and called on the people to re-elect him to consolidate his achievements.

He noted that with the unity of Benue representatives in the National Assembly, he would be better able to do more.

Suswam also instructed the people to vote for the governor of the state in the 2023 gubernatorial election on Rt Hon Titus Uba.

He added that as Speaker of the Benue State House of Assembly, Uba has shown ability and was already familiar with governance and would not learn on the job to advance the state.

Senator Senator Patrick Abba Moro, representative of the Benue South Senatorial District, stated in a message of goodwill that he came “in solidarity to show that in Benue State we are one”, emphasizing that the trio of himself, Ortom and Suswam, when elected, would work together to ensure that the state does not fall short in the national power equation. 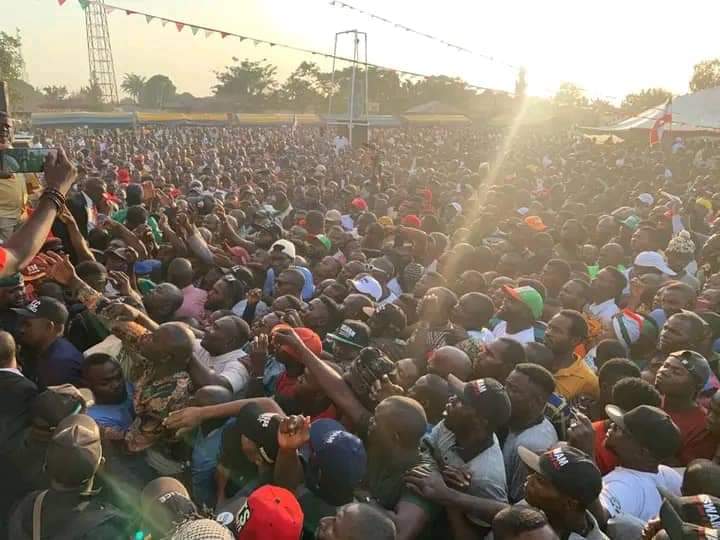 He pointed out that “the government’s primary responsibility is to safeguard lives and property”.

State Chairman of the PDP, Hon. Isaac Mffo had previously received decampees from the APC in the PDP and handed party flags to all candidates for various election positions in Zone A.

Chairman of the occasion, Prof. Dennis Dennis A. Ityavyar stated that Zone A is ready to give all PDP candidates the most votes in next year’s election and ensure the party wins convincingly.

The director of the Zone A Campaign Management Committee, Dr. Paul Ubwa, Chair, Ms. Mwuese Ubebe, BoT Member, Ms. Margaret Icheen for Women, as well as Prof. James McConville, Prof. Nicholas Ada and Clement Adzuanongo, speaking for Sankera, Kwande and Yechira have pledged their support in separate comments to ensure that the PDP emerges victorious in the 2023 elections.

Thousands of party supporters crowded the football field of ACC Adikpo for the flagging out of the PDP campaign.