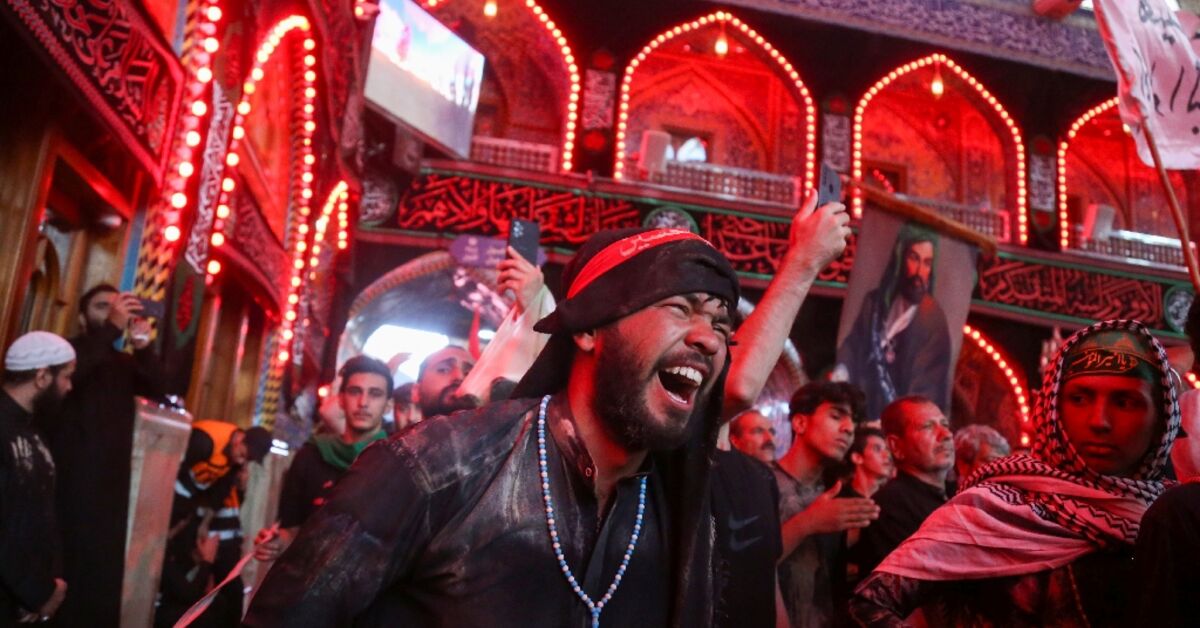 Dressed in black, 21 million pilgrims from around the world gathered on Saturday in the Iraqi city of Karbala for the anniversary of Arbaeen, amid a political crisis.

Arbaeen marks the end of the 40-day mourning period for the 7th-century assassination of Imam Hussein by the forces of the Caliph Yazid – a formative event in Shia Islam.

During the annual festival, men and women from all over Iraq and beyond travel to Karbala, where Imam Hussein and his brother Abbas are buried, for one of the world’s largest religious gatherings.

ALSO READ  From Exodus to Marvel: A Brief History of Hollywood's Justification of Israeli War Crimes

After two years marked by the Covid pandemic and border restrictions, 21.2 million pilgrims have come to the city in central Iraq this week, the organization that manages Abbas’ mausoleum said.

Among them are five million foreigners, including a record more than three million from neighboring Iran, according to authorities in the two countries.

On the esplanade connecting the mausoleums of Hussein and Abbas, worshipers recited prayers on Saturday.

Groups of men beat their chests to the beat of religious chants and the roar of loudspeakers, some of them slowly making their way around the two mausoleums.

The pilgrims waved black flags and banners with the image of Imam Hussein.

Since the overthrow of dictator Saddam Hussein during the US-led invasion in 2003, participation in Arbaeen has steadily increased.

“Arbaeen means different things to different people,” said Alex Shams, a doctoral student at the University of Chicago who specializes in Shia politics.

“For Iraqi Shiites, it is an expression of their freedom after years of dictatorship and also proud of their Shia identity,” he told TBEN.

This year’s commemorations take place against the background of a political crisis in Iraq.

Bickering between the two main Shia factions – the pro-Iran Coordination Framework and a bloc loyal to the mercurial cleric Moqtada Sadr – has prevented the establishment of a coalition government.

The crisis escalated to violence in late August, when Sadr supporters clashed with the army and troops of the Hashed al-Shaabi, former paramilitaries integrated into the regular army.

More than 30 Sadr supporters were killed.

UN should push for an international peace conference