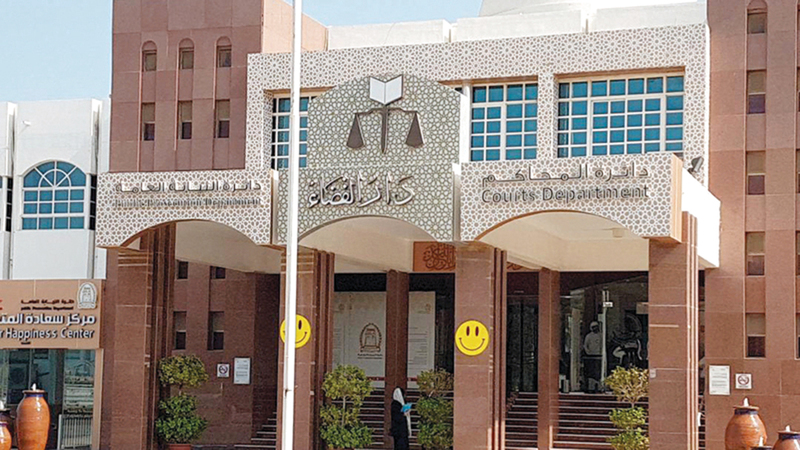 Three friends were victims of a fraud by a girl and two young men, who offered them to buy residential villas in a foreign country, and took from them 862 thousand and 721 dirhams, and when they discovered that the project was fake, they refused to answer their calls, and the Court of First Instance convicted the two young men, and sentenced them to two years in prison, Deporting the second defendant from the state, fining the girl 500,000 dirhams, accepting the civil case, obliging the two convicted defendants to pay 1,000 dirhams to the plaintiffs for civil rights, in compensation for the damage they suffered, and obligating them to pay attorney’s fees.

The case papers stated that the plaintiffs appealed against the ruling by “appeal”, which upheld the appealed ruling, and the cassation ruling was also appealed.

In detail, the three plaintiffs said that while they were in one of the clubs, a person introduced himself as a sales representative for the real estate company of the third defendant, and that the company has a project consisting of a residential complex in a foreign country, and that it owns the land and started the project, and it was agreed between them to buy Residential villas, provided that each of the plaintiffs purchases a villa, and that delivery takes place after 30 months.

The lawsuit papers added that the plaintiffs signed a contract to purchase three villas, in exchange for a down payment, provided that the rest of the amount is paid in installments, coinciding with the expiry date of handing over the villas, and in their attempts to communicate with the defendants to ensure the progress of the project, they were surprised that the defendants did not respond to their calls. phone calls, and it turned out that the project was fictitious, and that they had been defrauded. The Public Prosecution Office in Ras Al Khaimah charged the three defendants with appropriating the victims’ money by means of deception, and committing forgery in an unofficial document, to use it to seize the victims’ money.

The case papers indicated that the plaintiffs filed a civil suit, in which they demanded that the defendants be obligated to pay them 826 thousand and 721 dirhams, the total amounts they seized, and obligate them to expenses and attorney fees.

The representative of the third defendant stated that the court does not have local jurisdiction to hear the case, given that his place of residence is in another emirate. The owner of the company, the first defendant, signed the contract, and that the money was delivered by checks collected in the account of the defendant company, and that he did not receive any money, did not sign the contracts, and that he was just an employee.

And according to the ruling of the Partial Civil Court in Ras Al Khaimah, the decision on whether or not the first and second defendants were convicted of committing the acts attributed to them that caused harm to the plaintiffs, is thus considered a preliminary issue, the consideration of which depends on the process of the criminal judgment ruling the conviction of the two defendants. Absolutely, and the stay of the case is suspended until the issuance of the final criminal judgment against them in its path, and coincided with the correct reality and the law, and accordingly the court decides to stay the case until the penal ruling is issued, supporting the case against the defendants.