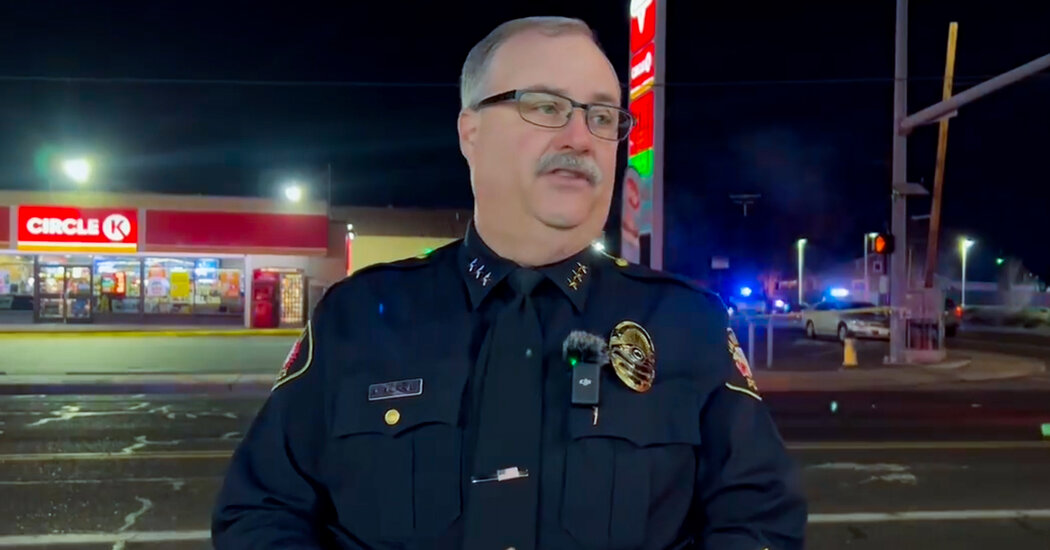 In an apparently random attack on a convenience store in Yakima, Washington, at least three people were fatally shot Tuesday morning after the gunman crossed the street and escaped in a stolen vehicle, authorities said.

Yakima Police Department officers were called to a Circle K store on the east side of town around 3:30 a.m. They found three people dead inside and outside the store, police chief Matthew Murray said.

After crossing the street, the gunman fired at a vehicle and jumped behind the wheel after the driver swerved to the side, the chief said. The police afterwards said on Twitter that there might not have been a fourth victim in the car.

The department released video surveillance footage of a man they described as the “suspected murder suspect” and identified as Jarid Haddock, 21. Local television stations reported that police had surrounded a location linked to the suspect.

Chief Murray said the shooting appeared to have been random and there was no apparent conflict between the victims and the gunman.

“The guy just walked in and started shooting,” he said.

The shooting sparked alerts in Yakima, a city of about 96,000 in central Washington, as authorities said the suspect was wanted. The East Valley School District ordered students to be kept indoors. Police closed the roads in the area for hours.

Representative Dan Newhouse, a Republican whose district includes Yakima, called the attack a “horrific tragedy” on Twitter and urged the community to “remain vigilant”.