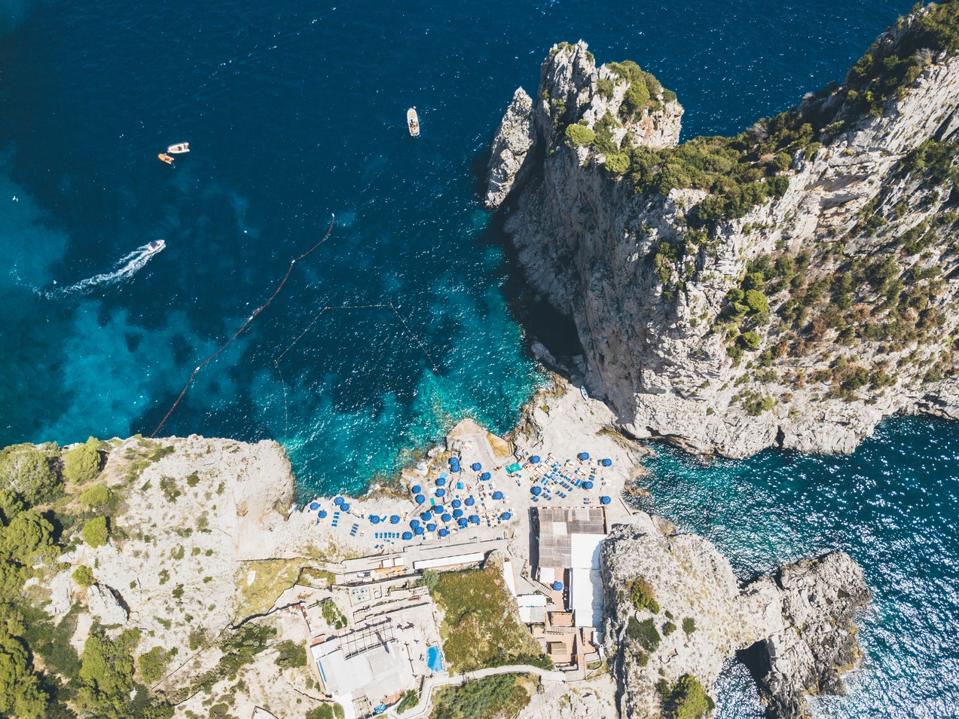 The Italian islands are leading the long awaited return of tourism by mass vaccinating their entire population. There are now several “COVID-free” locations off the Italian coast, eager to welcome vacationers again safely.

Capri, a beautiful island in the Gulf of Naples, announced last week that coronavirus injections for the resident population have ended. This is an important selling point in attracting visitors who want a safe holiday in Europe this summer.

The governor of the surrounding region of Campania, Vincenzo de Luca, said last Saturday: “We are preparing to welcome millions of tourists and prevent them from traveling to Spain or Greece”. Tourism plays an important role in the Italian economy, accounting for around 13% of GDP, according to government figures.

Capri is one of the many destinations that rely heavily on tourism. The island has 15,000 inhabitants but around 60 hotels. Many of these have been empty for most of 2020. De Luca added: “It is essential not to waste time. The hotel industry has to make its decisions before May, otherwise we will lose a whole tourist season.”

Capri is renowned for its air of luxury and glamor – with a plethora of 5-star hotels and private beach clubs – but it also offers plenty of natural attractions well suited to social distancing. The mesmerizing Blue Grotto has been part of the routes since Roman times, but there are also several lesser-known wild hiking trails that lead to breathtaking vistas.

The neighboring town of Ischia, which also offers upscale but less lavish vacations in Capri, hopes its COVID-free status will appeal to holidaymakers as well. Ischia organized “open days” to mass vaccinate the population, now including all age groups from 18 years old. The island is popular for its thermal spas and its imposing Aragonese castle.

Procida, the lesser-known neighbor of these two exclusive hotspots, completed the inoculations a few days before Capri. The colorful island was recently awarded the title of Italy’s Culture Capital for 2022. It’s a bit more rustic than its chicer counterparts, with clusters of candy-colored fisherman’s houses and a harbor filled with wooden boats and nets fishing.

Other island destinations are part of a mass vaccination campaign that began in early May and targets small Italian islands with limited access to healthcare. These include the Aeolian Islands off the northern coast of Sicily, Lampedusa to the south and Giglio off the coast of Tuscany.

Italian Prime Minister Mario Draghi strongly encouraged the return of tourism. Speaking after a meeting of G20 tourism ministers earlier this month, he said: “The pandemic has forced us to close but Italy is ready to welcome the world again”. Before the “green pass” or the European “green certificate”, Draghi announced that Italy would launch its own tourist pass in mid-May.

This pass will allow arrivals to be exempted from the five-day quarantine provided they are vaccinated, have recovered from COVID-19 in the past six months, or have a negative test result.

Last Friday, the Italian government announced it was removing the five-day quarantine for arrivals from the EU, UK and Israel that may show evidence of a negative test result. Italy is also hoping to expand the already implemented “COVID-free flights” program with the United States, Canada, Japan and the United Arab Emirates.