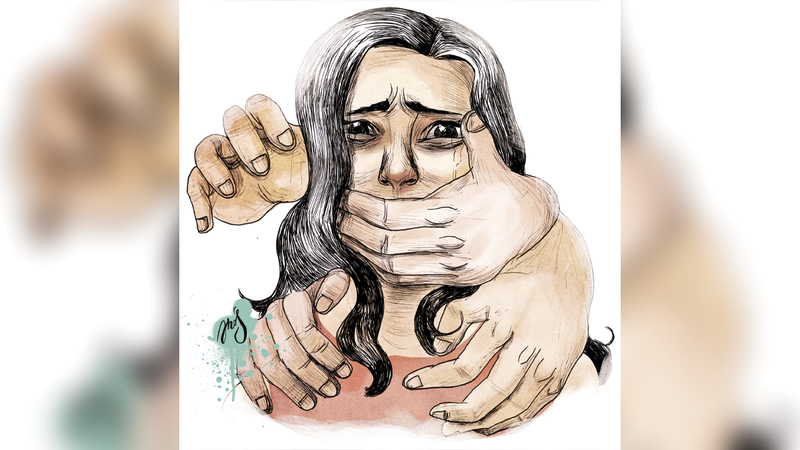 A private driver, along with three others, plotted to rob his former manager, an Asian woman in the cryptocurrency trade.

The crime began by luring the victim after one of them deluded her that he wanted to buy a digital currency from her, as he executed a number of simple deals with her, then asked to meet her in one of the areas, and when she arrived, she was surprised by the accused surrounding her, then forced her to disclose the password of her phone, and they transferred from her account 8,000 digital currencies, valued at 30,000 dirhams, to an account you do not know, and they stole 8,000 dirhams that were in her possession, in addition to a handbag worth 7,200 dirhams, and photographed it, and threatened to harm it if it was reported to the police.

Dubai Police managed to arrest the accused within a short period, and referred them to the Public Prosecution, and from there to the Criminal Court, which sentenced them to three years in prison and fined them 45,200 dirhams, then deported them from the country.

According to the details of the incident, the defendants planned to lure the victim after her former driver told them that she had a quantity of digital currencies.

ALSO READ  Theyab bin Mohammed inspects the project to develop the "Qidfa" area in Fujairah, the first of the UAE's villages projects

The first defendant assumed the role of the client, convincing her of his desire to buy currencies, and set an appointment for her in an area under the jurisdiction of the Jebel Ali Police Station. The rest of the defendants ambushed in another car driven by the fourth defendant, who was working as a driver for her.

When the woman arrived, the accused went to her and sat next to her in her car, and showed her a card attributed to his country’s police. He informed her that she was accused of corruption, so she tried to escape from the vehicle, but he prevented her and the rest of the accused stormed the car, forced her to sit in the back seat, then drove the vehicle for two hours, until they reached an area she did not know.

After threatening and harming her, she obeyed their will, and revealed the secret number of her phone, so they opened the digital currency application, transferred sums from it, and seized a sum of cash that was in her possession, in addition to her handbag.

When they left the vehicle, I was able to see the vehicle they were traveling in, and memorized its license plate number, allowing the police to arrest them in record time.

And the victim stated in the Public Prosecution investigations that she met a person through a social networking application, and he asked her if she traded in digital currencies, and asked to meet her, so she met him and bought 3,200 currencies from him, transferred the price to his account, then met him again, and they carried out a similar transaction.

She indicated that he contacted her again, and asked to meet her to implement a third deal, so she reassured him and met him at the same place, but she was surprised by him showing her a military card for their country’s police, and told her that she was accused of corruption cases there, and stopped the vehicle and pulled the key.

The victim said that they contacted her friends from her phone via the “Telegram” application, and asked them to transfer money to her, but they did not respond to them, pointing out that they forced her to contact one of her friends, to ask her to transfer 100,000 digital currency to her, but he doubted the matter, and took the initiative. inform the police.

She added that she could not tell him what was happening with her, because she was afraid of the accused, noting that they had photographed her and threatened to publish her photos if she reported to the police.

She explained that she called a friend of hers after the defendants left, so he came to her and took her to the police station.

• The defendants stole from the victim’s account the equivalent of 30 thousand dirhams, in addition to 8000 dirhams in cash, and a handbag worth 7200 dirhams.

• The former victim’s driver planned the crime…and the police arrested the suspects in record time.