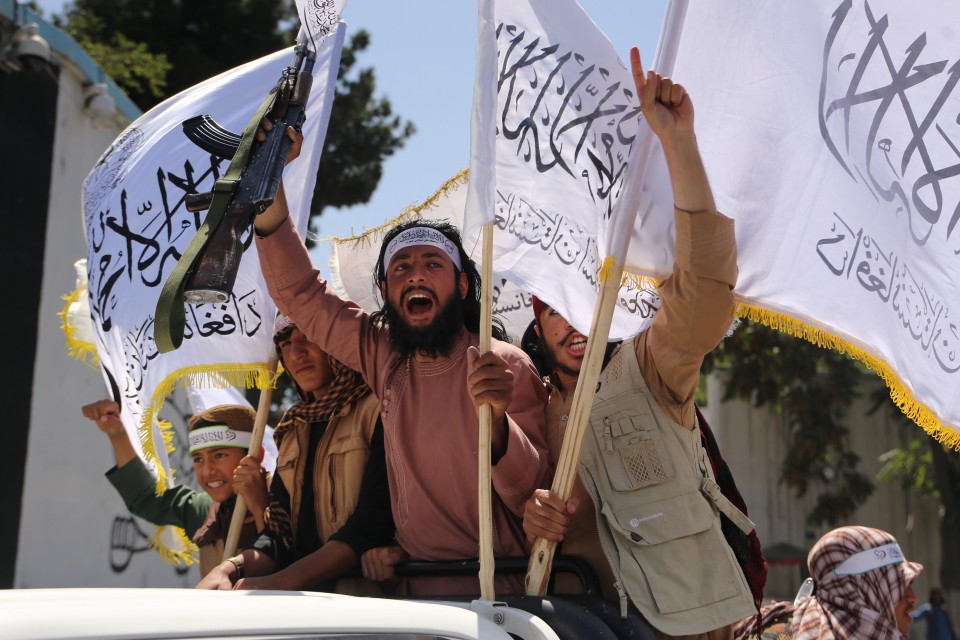 About 40 percent of the 169 people who fled Afghanistan to Japan after the return of the Taliban last August have left their new homes due to a lack of support from the Japanese Ministry of Foreign Affairs.

Although Japan has granted refugee status to 98 people, 58 returned to Afghanistan despite the risk of persecution by the Taliban, while seven left for the United States and Britain, according to the evacuees.

The 98 were first recognized as refugees by the Japanese government in August, a rare move for a country known for its strict refugee screening policies and poor record of accepting asylum seekers.

Taliban-led government members and Afghan men celebrate the first anniversary of the US withdrawal in Kabul, Afghanistan on August 31, 2022. (Anadolu Agency/Getty/TBEN)

They were employees of the Japanese embassy in Kabul and their relatives. Six others have remained in Japan but have not applied for refugee status.

The Taliban returned to power last year after toppling the government of President Ashraf Ghani, following the US decision to withdraw troops from the country after 20 years of war.

While the Taliban targeted those collaborating with the foreign nations associated with the former government, the Japanese government intervened to help Japanese embassy officials and employees of the Japan International Cooperation Agency and their families.

Between October and December last year, the ministry provided embassy staff and their families in Tokyo with shelter, meals and salaries.

ALSO READ  Sumo: Hokutofuji win 9th in a row, Tamawashi 1 back on day of upheaval

But several employees told TBEN News they were being pressured to leave Japan because they had been told their employment contracts would end at the end of August.

They said ministry officials visited their homes and told them it would be difficult to live in Japan and a decision to stay or leave the country would need to be discussed with their families.

They also said the ministry had told them that if they return to Afghanistan, their travel expenses would be borne and they would receive a 20 percent salary increase.

Most local embassy employees who have fled Afghanistan speak English instead of Japanese, making it extremely difficult for them to find work. The public employment agency “Hello Work” said they had only a 1 percent chance of finding work in Japan.

Other factors exacerbated their struggle. Their children could not attend school until the spring, when the school year in Japan begins, and only spouses and children could be brought to Japan, not other immediate family members such as parents and siblings.

The ministry’s Second Middle East Division has denied encouraging their return to Afghanistan.

“We have supported them for a year, but we cannot go on forever paying people who are not involved in the embassy work,” said a department official.

Chinese ships enter Japanese waters near Senkakus, a day before the main anniversary.