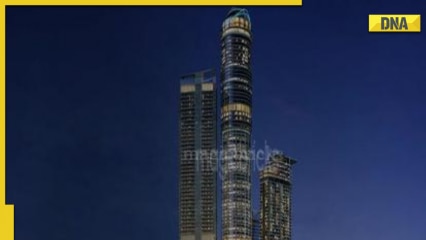 A Delhi-based property consultant has reportedly died after falling from the 43rd floor of Noida’s tallest building in a case of suspected suicide, police officials said on Sunday.

The incident occurred on Saturday when the 43-year-old consultant visited the Supertech Supernova building in Sector 94, they said.

The 175-meter tall building is the tallest building in Noida. It is a residential-cum-commercial space, the top floors of which are still under construction.

(Read also: Weather Forecast: These North Indian states may experience heavy rain or hail in the next 4 days, check the latest IMD update)

“The victim, who lived in the Rani Bagh area of ​​Northwest Delhi, had come to view a residence in the Supernova building. It is believed he jumped from the 43rd floor of the building and died on the spot,” said a police spokesman. said.

The consultant had met a real estate agent and visited the property together. However, at the time of the incident, he was alone on the 43rd floor, as the broker had come down to the ground floor of the building, another police official said.

Officials from Sector 126 Police Station reached the scene and sent the body for post-mortem, the official said.