Himachal Pradesh became the first to administer at least one dose of the COVID-19 vaccine.

To visit the village of Malana in the heart of the Himalayas, a COVID-19 vaccination team rushed over a landslide that blocked the road the day before, climbed a retaining wall, then began a three hour hike in a river valley.

Despite the hostile ground, Himachal Pradesh, where Malana is located, earlier this month became the first in India to administer at least one dose of COVID-19 vaccine to all of its adults.

The rugged topography was one challenge overcome by health workers walking for hours or days to reach remote villages and another was religious beliefs, as the tourism dependent state vaccinated its roughly 5 million adults. 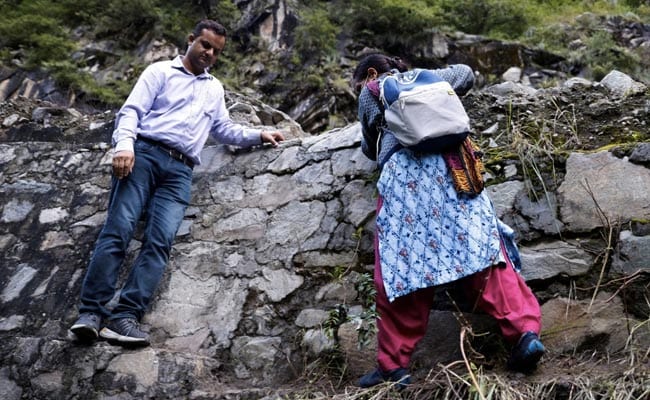 Dr Gupta and his team transport drugs over difficult terrain in Himachal Pradesh.

On September 14, a five-person team led by district health officer Dr Atul Gupta traveled to Malana to administer a second dose of the vaccine.

Blocked by the landslide, they left their vehicle with two boxes of blue vaccines slung over their shoulder to maneuver over the rubble, climb the wall and then walk to the start of the path leading to the village, accompanied by a Reuters photographer.

Before starting the trek to the village, Dr Gupta and his team placed the boxes on a gondola connected to pulleys to carry the drugs through the river gorge that separates Malana from the road. This considerably lightened their walk as they set out to cross the gorge which descends about 100 meters (330 feet). 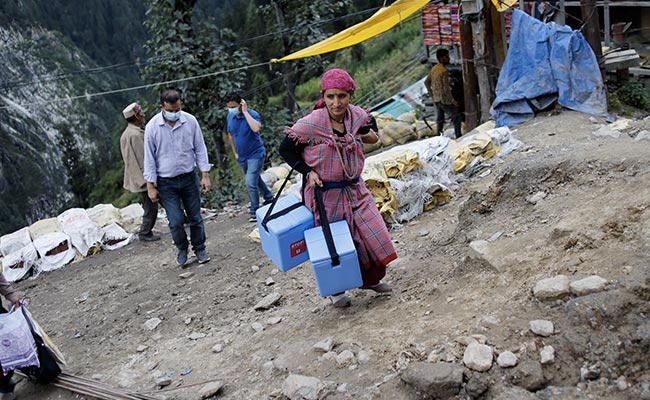 Dr Gupta and his team have convinced adults to get the Covid vaccine to increase vaccination coverage.

During a break during the hike, Dr Gupta said that in order to convince the 1,100 adults in Malana to take their first injections in August, his district leader asked the priests to invoke a local Hindu deity. This helped health workers cover up to 700 people in three days, he said.

When Dr Gupta’s team reached the village on September 14, nearly three dozen people, who took their first injections before the invocation, lined up to get their second injections right in front of a dedicated ancient temple. to divinity.

“At first, people were afraid to get the vaccine, fearing that they would get sick or die,” said village chief Rajuram, who gave only one name, sitting near the carved wooden walls and in temple concrete. “Then I took it and others gathered the courage as well.” 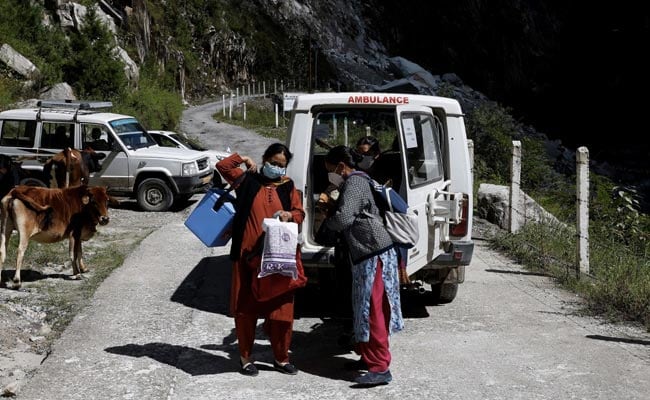 Dr Gupta said his team tried to convince the 1,100 adults in Malana to take their first injections.

Himachal Pradesh Chief Minister Jai Ram Thakur attributes the success of the state’s immunization to its village-to-village campaign, decision to involve local politicians, and pressure from the federal government to donate priority for vaccinations in tourist hot spots.

India wants to vaccinate almost all of its adults by December, after giving at least one dose to two-thirds of people and two doses to less than a quarter. Mr Thakur wants Himachal Pradesh to be the fastest state to hit the two-dose milestone, hopefully by November.