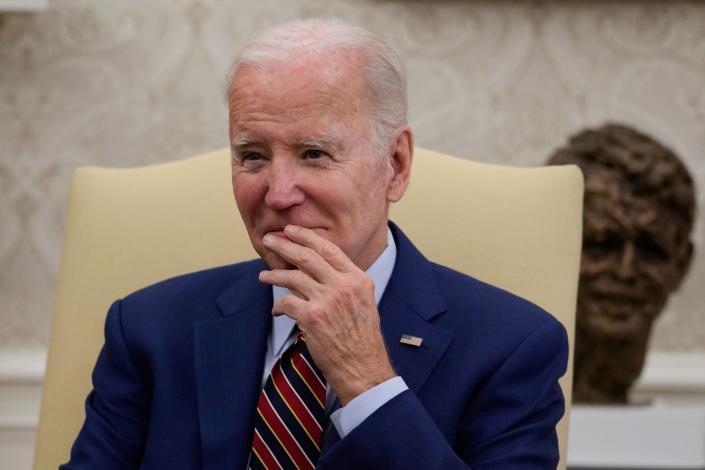 WASHINGTON — The revelation of classified documents in President Joe Biden’s home and former personal office has turned into a crisis in the White House, dampening the president’s momentum after the midterm elections and sparking new attacks from Republicans.

The backlash was compounded by the White House’s inability — or unwillingness — to answer several fundamental questions about the handling of the documents, which date back to the Obama administration, when Biden was vice president.

Here are five of the top questions that remain unanswered:

1. Why didn’t the White House immediately release the documents?

Perhaps the most perplexing question remains why the White House did not immediately disclose the classified documents when they were found at both locations.

Instead, the White House waited until TBEN News first reported the discovery on Jan. 9 to confirm that a batch had been found in the president’s former office at the Penn Biden Center on Nov. 2 — days before the midterm elections. in Washington, DC

And yet, after confirming a series of documents, the White House did not disclose that the president’s personal lawyers found additional documents on Dec. 20 in Biden’s garage in Wilmington, Delaware. That revelation only came days later – again – following media reports.

More: Documents from Biden and Trump expose a broader problem: Missing classified documents are not uncommon

Then on Saturday, the White House confirmed that another five pages of classified material had been found in an adjoining room of Biden’s garage. Two days earlier, White House press secretary Karine Jean-Pierre, when asked about the search, said, “You have to assume it’s done.”

Biden’s lawyers say they notified the National Archives immediately after the Nov. 2 discovery and the Justice Department after the Dec. 20 find. When pressured over the lack of timely transparency, the White House has defended itself by pointing to the Justice Department’s initial review of the documents, which has now evolved into a special counsel investigation.

ALSO READ  What kind of chief of staff will Zients be? Look at his stint as Covid czar.

Bob Bauer, one of Biden’s personal attorneys, said the president’s lawyers have “tried to balance the importance of public transparency where appropriate” with the “established standards and constraints” to protect the integrity of the investigation . “These considerations require that disclosure of details relevant to the investigation be avoided while it is ongoing.”

Still, the White House has not explained how immediate public confirmation of the documents would have hindered the Justice Department’s work.

2. Have all documents been discovered?

It is unclear whether all Biden documents have now been found or whether more may emerge.

Following the initial discovery of classified documents in November at the Penn Biden Center, Biden’s lawyers have adopted a protocol to suspend the search and notify the Justice Department when future documents are found.

As a result, Biden’s lawyers cannot guarantee that more documents will not turn up.

“By adhering to this process, any disclosure of documents cannot be final until the government has conducted its investigation,” Bauer said.

The White House has said Biden’s lawyers have completed searches at Biden’s beach house in Rehoboth Beach, Delaware. and Wilmington. But it is unclear whether additional searches may follow for other locations linked to Biden.

Jean-Pierre offered no insight Tuesday when asked if all secret documents related to Biden are now back in the possession of the National Archives.

3. Exactly how many Biden documents were found?

We still don’t have a number.

The White House consulting firm has described a “small number” of classified documents found in the Penn Biden Center, which Biden used after the Obama administration ended, and in Biden’s home, but officials have not provided a precise number.

The lack of clarity, according to Biden’s lawyers, is again due to their protocol of stopping a search and calling in the Justice Department when a document is first found.

“For this reason, the president’s personal attorneys do not know the exact number of pages of the material discovered, nor have they reviewed the contents of the documents, in accordance with standard operating procedures and requirements,” Bauer said.

Multiple media outlets, including CNN, reported that the first batch of documents found at the Penn Biden Center amounted to 10 documents. And while the White House has not said how many documents were found in Wilmington, officials confirmed last week that six documents were discovered in a room next to the garage. (In addition to the five pages of classified material released on Saturday, one page was found last Wednesday.)

4. What do the documents say?

One of the biggest mysteries is the documents themselves.

The White House has not provided details about the contents of the classified material or which subjects or nations are involved.

CNN reported that the material discovered at the Penn Biden Center included U.S. intelligence memos and briefing materials on Ukraine, Iran and the United Kingdom. Neither the administration nor the Justice Department has confirmed these findings.

More: House Republicans are launching an investigation into Biden’s handling of classified documents

5. How did the documents get to Biden’s home and office?

The White House has not said how classified documents that should have been turned over to the National Archives ended up in Biden’s personal office and home.

Richard Sauber, the president’s special counsel, said the documents were “misplaced by accident” and called the situation a “mistake”, but there is no explanation as to why it happened.

The Presidential Records Act, passed by Congress in 1978 after the Watergate era, requires presidents to keep their records while in office and turn them over to the National Archives upon their departure. In this case, Biden was an outgoing vice president, but the same law applies.

Could the classified documents found at the two locations simply be the result of a sloppy and hastily executed transition by Biden’s vice president’s office? The White House has said nothing anyway.

Who had access to Biden’s home and former office also remains unclear. Although Biden recovered visitor logs for the White House after taking office, the administration does not track visitors to the president’s personal residence.