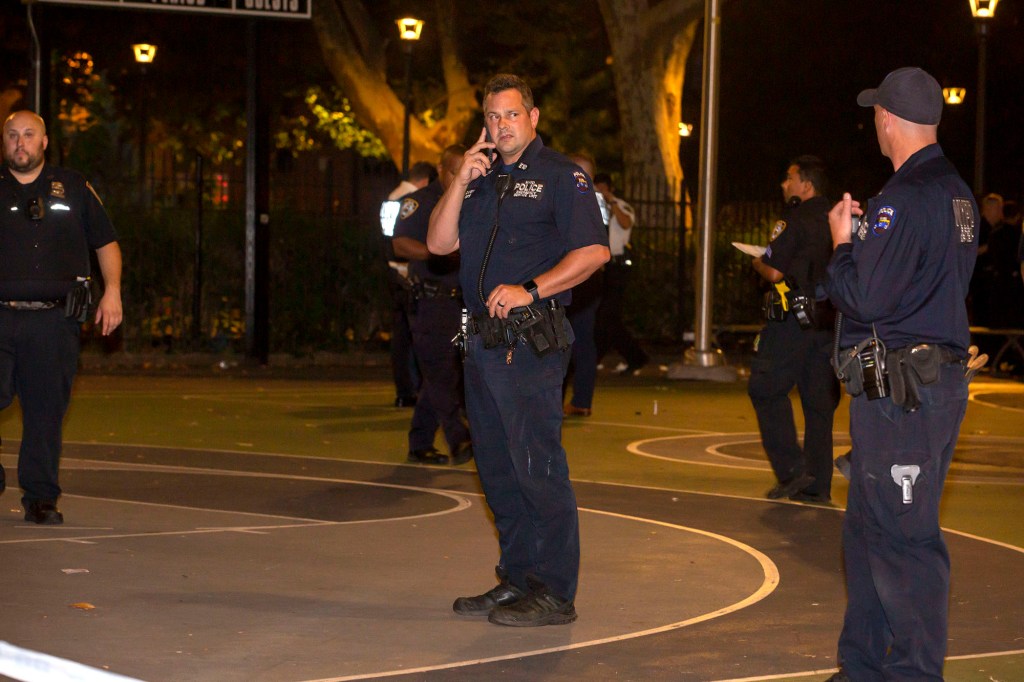 Seven people were shot in five separate incidents in the city over a violent three-hour period Sunday.

The bloodshed resulted from shootings in Brooklyn and Queens and left at least one victim fighting for his life.

The first bullets flew outside the Queensbridge Houses at 40-07 10th St. in Long Island City around 9:45 p.m. A 26-year-old man was shot and taken to Elmhurst Hospital in critical condition, police said.

Less than an hour later, at 10:30 p.m. in Coney Island, two men were fighting outside 2930 West 30th St. when one drew a gun and shot the other. The 37-year-old victim was shot in the leg in stable condition and taken to Lutheran hospital, according to police.

A second double shooting in Flatbush nearly an hour later at around 12:25 pm injured two men. A 41-year-old man was shot in the chest and a 29-year-old was shot in the leg and torso at 65 East 19th St.

Both were taken to Kings County Hospital in stable condition. Police said neither victim cooperated in the investigation.

A fifth shooting outside the Unity Plaza Houses at 611 Blake Ave. in Eastern New York took place at 12:40 p.m. An adult man was shot in the stomach and is in stable condition, police said.

No arrests have been made.