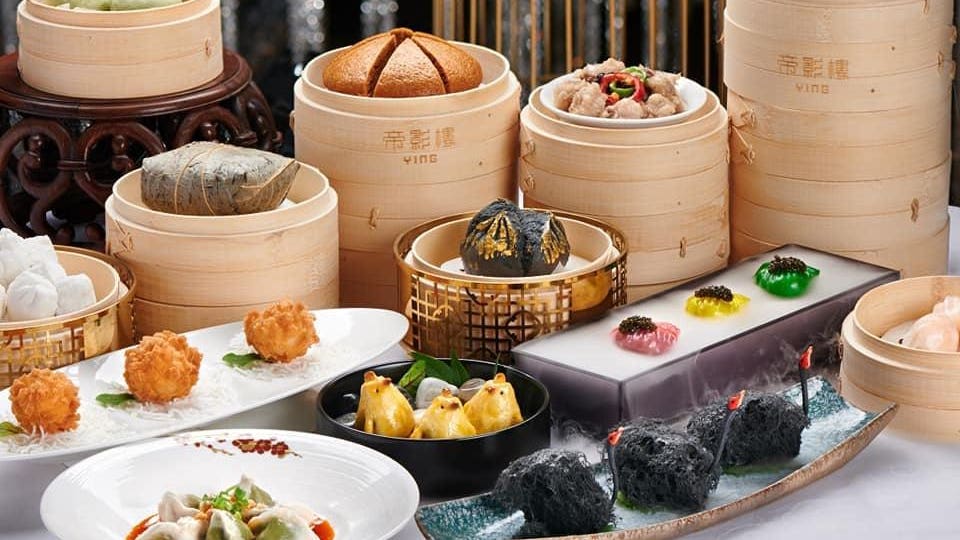 Thanks to a diverse mix of culinary influences from mainland China, Portugal, Africa and elsewhere on the spice route, Macau is a foodie’s paradise. A Chinese SAR (Special Administrative Region), Macau was in fact under Portuguese rule for over 400 years: from 1557 until 1999.

This means that before “fusion food” was a buzzword, Macanese cuisine boasted a delicious combination of traditional dishes from Portugal and the regions of southern China, India, Latin America and Southeast Asia. Today, Macau’s status as a luxury “Las Vegas of Asia” has attracted as many world-class chefs as it has major players. The emerging culinary capital has even been named Creative City of Gastronomy by UNESCO.

Comforting beef minchi – one of Macau’s national dishes – from Michelin-starred dim sum and Macanese version of Portuguese egg tart, these are the foods no visitor to Macau should leave without tasting for themselves.

Pasteis De Nata are not only famous in Portugal: the iconic egg tart is also one of Macau’s most famous dishes. With a silky, creamy custard, a crispy flaky shell and a lightly burnt top, it’s best to eat them hot with a pinch of cinnamon.

And while you’ll see those ubiquitous egg tarts sold across Macau, it’s worth a visit to sample the originals at Lord Stow’s Bakery in Coloane.

Where to try it: Lord Stow Bakery

The Portuguese introduced Macau to African Chicken, which has become a local favorite over the decades. The variation on chicken curry showcases spices from African countries on the Portuguese trade route. The hot chicken dish (both in temperature and in spice) is bathed in a rich and addictive peanut sauce made with tomatoes, coconut, chili peppers and a multitude of dried spices like paprika.

Where to try it: Belos Tempos, 10 Rua da Felicidade

Macau’s emerging food scene has attracted around 20 world-renowned chefs in recent years, many of whom strike a balance between tradition and innovation.

Case in point: the delicious, creative and gorgeous delicious dim sum specialties of the Michelin-starred Ying at the Altira Hotel (a breathtaking view from the elegant dining room on the 11th floor only enhances the dining experience first and foremost. order).

Don’t miss the exquisite black swan-shaped dumplings: the crispy exteriors of fried taro are filled with yam and roast goose, and the slim, curved black neck is made from edible bamboo.

Where to try it: Ying

Serradura translates to “Sawdust” in Portuguese… which isn’t the best endorsement for this sweet and simple dessert that you can find in bakeries, restaurants, and street vendors all over Macau.

But think about serradura Like a Macanese semifreddo: Sweet whipped cream is layered between cookie crumbs crushed so thinly they resemble sawdust. Served chilled in bakeries and street carts, it’s an inexpensive sweet treat that’s the perfect way to cool off on hot, humid days.

Another of Macau’s most iconic foods is minchi, a warming combination of ground beef and / or sautéed pork with diced potatoes and onions that is usually infused with soy or Worcestershire sauce.

This British-influenced dish has dozens of variations, but most are served over rice and topped with a crispy fried egg.

Where to try it: Belos Tempos, 10 Rua da Felicidade

This popular street snack is simple, inexpensive, and totally satisfying. A succulent, seasoned pork chop is sandwiched between a crispy bread on the outside, a soft bread on the inside, a baguette, or some other type of bread.

Where to try it: Sun Ying Kei, Rua da Alegria 2B-C, or from street vendors in popular areas like near the ruins of St. Paul

A popular souvenir, these not too sweet made from crushed almonds and mung bean flour are embossed with pretty patterns and letters.

You’ll see them sold in countless stores near popular tourist attractions, most of which encourage you to sample the different flavors before picking up a few boxes to take home.

Where to try it: Koi Kei Bakery

The Bharat Express News - January 27, 2022 0
Conservatives know they are unlikely to stop President Biden from filling a Supreme Court vacancy, but they plan to target Senate Democrats who face...