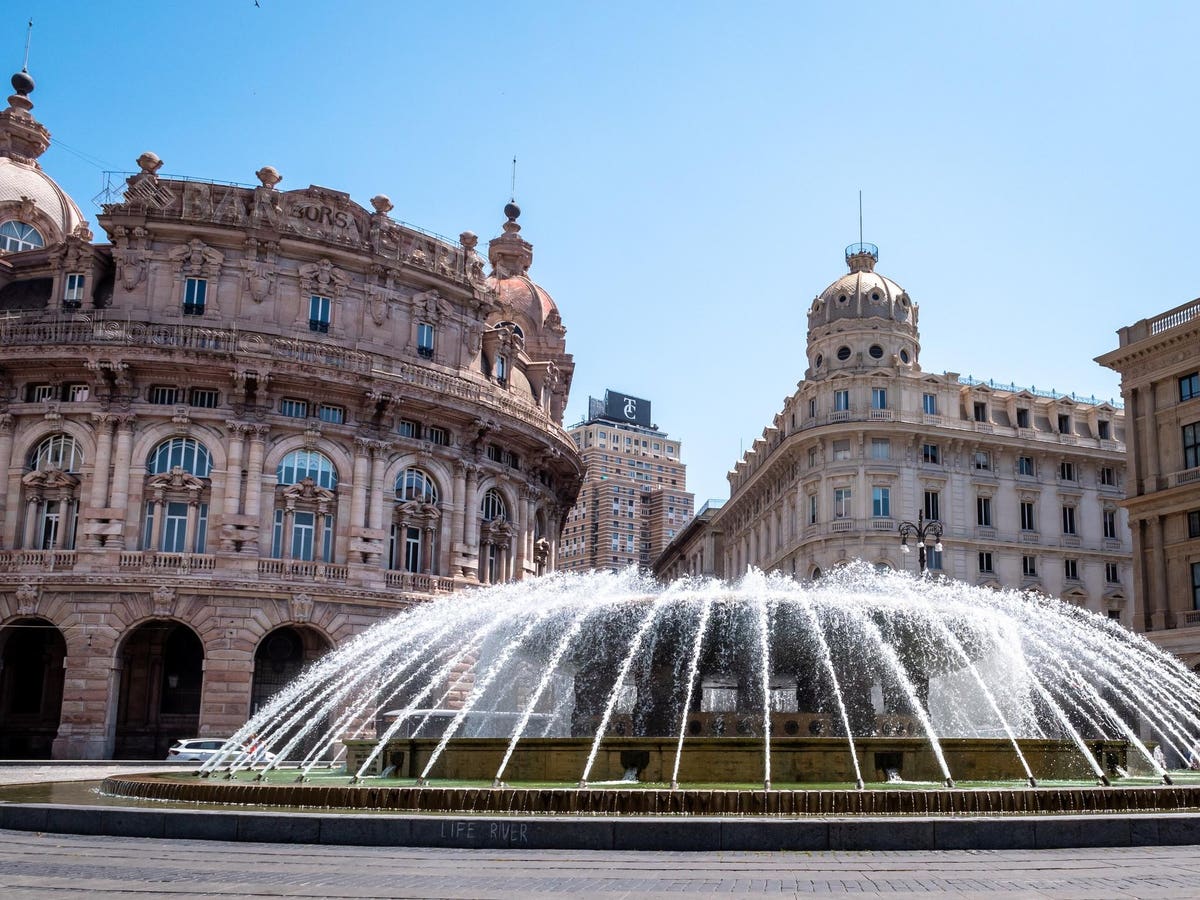 While high-profile cities like Venice, Florence and Rome attract many international visitors, Genoa is a destination that deserves more attention for those seeking authentic Italian experiences. Rich in art, architectural treasures and museums, with an evocative medieval centro storico, one of the largest in Europe, a diverse food and wine culture and a vast coastline, the city is ideal to visit in the fall. Here’s what Genoa has to offer this fall.

Peter Paul Rubens, the influential Baroque artist who came to Genoa in the early 17th century, knew many of the city’s most distinguished families and documented the architectural grandeur of their beautiful palazzi in an illustrated two-volume tome, Palazzi di Genoa. On the occasion of the 400th anniversary of the book’s publication, the city is organizing a major exhibition, Rubens and the Palaces of Genoaat the Palazzo Ducale, which runs from October 6 to January 22, 2023. Complementing Rubens’ works in the permanent collections in Genoa, the exhibition will showcase 20 additional prized pieces by the artist, such as portrait of a lady, and a self-portrait completed in his twenties, which was drawn from various companies and museums in Italy and across Europe. More than 100 other paintings from the time will be exhibited, as well as decorative items, including furniture and tapestries typical of what was found in aristocratic residences of the time, in addition to fashion pieces, offering a glimpse of the exceptional aesthetic richness and cultural richness of the city power in the early 17th century. Visitors can also follow a route to discover Rubens’ art in other parts of the city.

Fitting for a former naval force, Genoa hosts a major international boat show every year, the Salone Nautico, one of the largest events of its kind in the world. The next Salone will take place this month (September 22-27) at the Fiera di Genoa, showcasing the latest designs and news in yachts, superyachts, sailboats, motorboats and nautical technology with over 1000 seafaring vessels on display. Team members participating in the sailing regatta, the Ocean Race, will be in attendance; the six-month, 32,000-nautical-mile competition kicks off in January in Alicante, Spain, with a grand final to be held in Genoa from June 24 to July 2, 2023. The Salone also hosts a variety of conferences, seminars and activities during the show.

After nearly three years of renovation, the Palazzo Rosso, one of Genoa’s best-known museums, reopened to the public in early June. The palace, the former home of the powerful Brignole-Sale family, is a treasure trove of Old Masters with works by Anthony Van Dyck, Guercino, Guido Reni and Albrecht Dürer. (An heir to Brignole Sale, the Duchess of Galliera, donated the palazzo and its contents to Genoa in 1874.) The beautiful vaulted ceiling of the Sala della Primavera with lavish frescoes by Gregorio de Ferrari was renovated, as was the Sala della Grotta in the private mezzanine apartment once occupied by Anton Brignole-Sale, Genoa’s ambassador to Paris, now open for viewing for the first time. The Sala dell’Autunno, antique furniture and loggia were also renovated, along with the facade of the palazzo. Infrastructure and technological upgrades were made to keep the museum up to date.

The first hotel built in the city, the Astoria dates back to 1860 (the building was once owned by the Marquess of Serra), but recently underwent major renovation to add a variety of 21st-century inflorescences. Located on Piazza Brignole, within walking distance of many of Genoa’s attractions (and Brignole’s train station), the four-star hotel, which reopened in October 2021, has 70 sleek, well-planned rooms ranging from singles to family suites with contemporary decor and finishes.

The Astoria offers various themed packages with links to major attractions and events in Genoa, or for exploring the nearby Riviera. For example, with the Discovering Liguria package you get a discount on the room price for a stay of five nights. (Discounts are also available for a regular three-night booking.) Amenities include free minibar drinks and free calls in Italy and the United States. Giovanni Rimbotti, CEO of Algilà, owner of Hotel Astoria and a sister hotel in Ortigia (Syracuse), said in a statement that he and his company “believe strongly in the future of Genoa and the potential of the unique attractions of this area”, a area he describes as “still waiting to be discovered by many”.

A great way to learn about the cuisine of Genoa and the Italian Riviera is with culinary expert and author Enrica Monzani, who runs the engaging and highly regarded website A Small Kitchen in Genoa. This fall, Monzani is offering tours that she describes as a “walk through Genoa’s narrow alleys to discover its flavors and culinary traditions.” She likens the excursions, which last two and a half hours, to a ‘little treasure hunt’, with visits to food shops in the historic center and tasting of specialties (sweet and savory) eaten along the way. The tours require a minimum of two people (maximum eight) and are available in the mornings and afternoons, except Sunday, Monday morning and Wednesday afternoon.

Another option is Monzani’s morning food tour/cooking class that starts with a trip to the amazing Mercato Orientale, Genoa’s sprawling indoor food market, to shop for seasonal ingredients for use in the classroom, where lunch is prepared. The cooking class takes place in Monzani’s own kitchen and, weather permitting, lunch is served on her terrace overlooking the city. The tour/lesson lasts approximately five hours and can be booked for two to six people.

Check out one of the city’s newest cultural offerings, MAY, the National Museum of Italian Emigration. Genoa, like Naples and Palermo, was an important departure point for millions of Italians who wanted to move to America, Australia and other parts of the world in the 19th and 20th centuries. Housed in the Commenda di San Giovanni di Prè from the Middle Ages, the three-story museum chronicles these epic journeys and those of other times, as well as the history of migration into and within Italy, with photographs, personal correspondence, and interactive exhibits.

Genoa hosts Twice a year “Rolli Days” when some of the city’s most beautiful palaces, which are not normally open to the public, are open to visitors. The next Rolli event is scheduled for the weekend of October 14-16. Genoa had an unusual system for receiving foreign dignitaries during the heyday of his Republic – the palazzi of top families were part of a list, or rollo, designated to accommodate these visitors, according to rank. There were 163 palaces, 42 of them are on the UNESCO World Heritage List; be a lot located along the former Strade Nuove (the “new streets” Like it Via Garibaldi, Via Balbi, Via Cairoli). A number of Rolli places, such as Palazzo Rosso and Palazzo Bianco, are highly regarded art museums and can be visited all year round.

The Bridge VI 2022: discovering this year’s gems at the most exclusive garden party in the world

Travel insurance rates are rising. Here are 10 ways to save money now