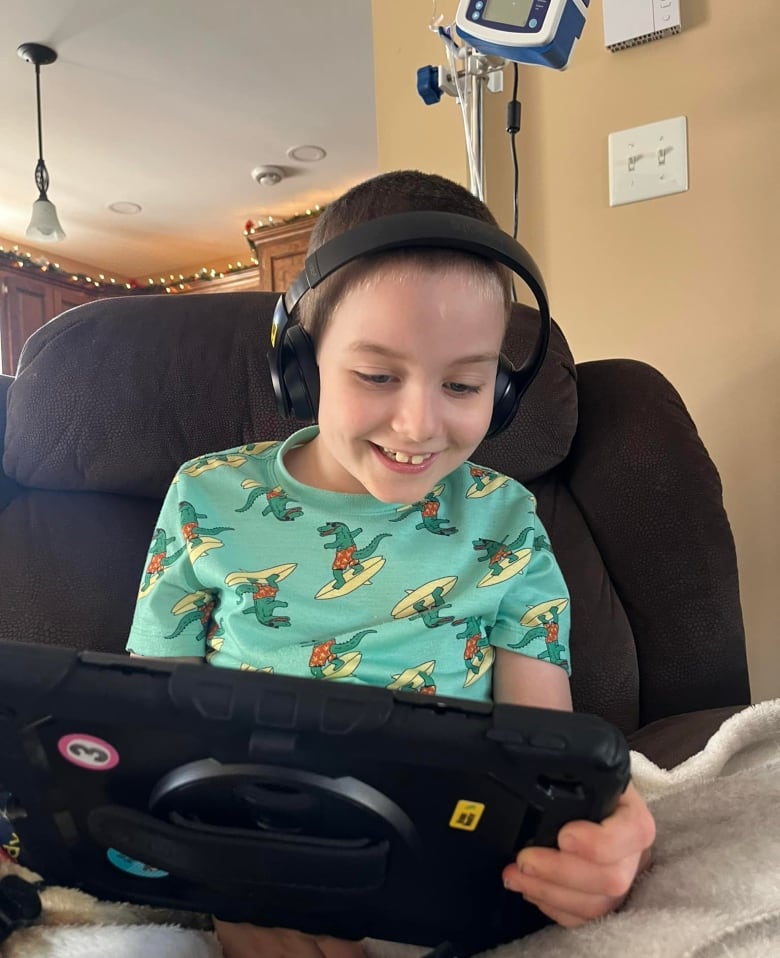 He is now a seven-year-old in Oromocto whose favorite hobby is making others laugh.

Stalen, who does not speak, has been using an iPad every week for the past two years to communicate his jokes on Facebook.

He and his mother recently published a joke book entitled Jokes are for everyoneto spread awareness about his condition and share his favorite puns.

“I hope people will realize that a life lived differently is not a life less lived,” said Chrystal Venator.

“Even though Stalen has autism and uses a device to communicate, and has medical procedures, he can do anything… We have dreams and hopes for him and he’s just an amazing person.”

Venator said that Stalen has always been a “trickster”, playing pranks on his relatives and therapists.

When she and her husband bought an IPad for Stalen, they decided to incorporate humor into the technology along with basic customs, including spelling words and saying his name out loud.

“We found it was a great way to connect him with other people,” Venator said, “He’s getting more skilled every day.”

Venator started a blog, called Stalen’s Way, to share the family’s journey with Stalen as his life progressed with autism and the health issues that came with it.

“I was writing as my way of coping and telling his story and it just took on a life of its own.”

The blog has attracted people from all over the world, including Australia, the UK and the US

Followers now send Stalen jokes to tell. They tune in every week to see how he tells them.

“He practices all week so he can hit the punchline perfectly, so that’s become his weekly thing – Stalen’s jokes of the week,” said Venator.

Stalen, the son of Chrystal Venator, likes to tell jokes. The non-speaking seven-year-old has found a creative way to laugh and inform others about his condition.

Venator said that led her to help him publish a book full of his best jokes. “I did it as a project to make him stronger.”

Stalen helped with every aspect of the book’s development, from choosing the color of the book to the art images within it.

“We have support from all over the world and that certainly helps to fill our tanks with hope,” said Venator.

She said Jokes are for everyone now sits in a library in Texas, and other kids with autism have followed suit, telling his jokes online using a similar technology.

Chrystal Venator said concerns about his condition started when Stalen was 13 months old.

“He had a lot of first words, but one day it was like he went completely silent.”

Venator said people had a hard time connecting with Stalen. If he was in a room with other people, he would feel alone.

He began to show signs of frustration with the inability to speak.

Venator said Stalen quickly became intrigued by technology when he saw his parents using their cell phones. That sparked an idea to use a device to help him communicate.

“We tried it and it just took off,” said Venator.