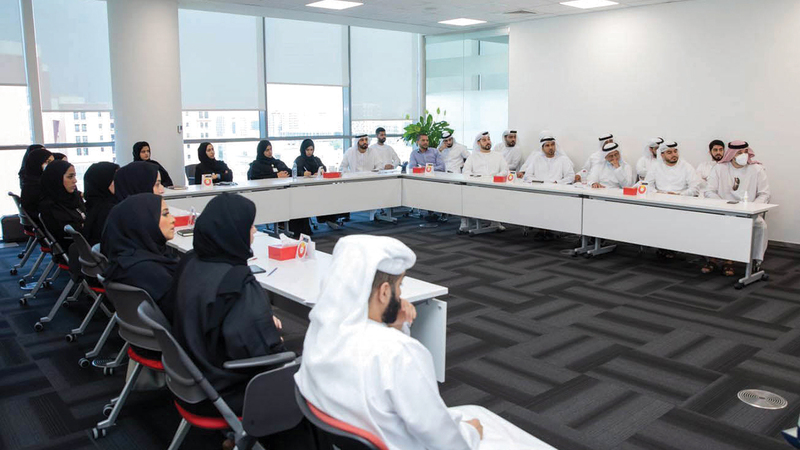 The authority said that employers in the private sector are obligated to register with the authority, with the exception of those operating from it, or whose headquarters are located in the Emirate of Abu Dhabi, so that when a citizen joins any of them and within the aforementioned scope, he must register with the authority and subscribe on behalf of citizens with it, in accordance with the provisions of the Federal Law for Pensions and Social Security. and its modifications.

She explained that the employer is obligated to register the citizen within 30 days from the date of his joining the work, and the contributions must be paid on his behalf by a maximum by the middle of the month following the month in which he joined it, in order to avoid any fines that may arise as a result of the delay in paying these contributions, which are applied without prior notice or warning. She calls on employers to educate their human resources employees about the pension law to spare them the burden of paying additional sums that may be incurred as a result of lack of awareness of the law.

The authority pointed out that employers can request awareness-raising workshops on the law or services through the authority’s website (workshop delivery service).

The Authority’s data also revealed that the number of services provided during the month of October amounted to 4,119 services, which varied between electronic services and others through service centers that were visited by 1,282 customers during the same month, while the Authority’s call center received and answered 9,303 calls. During October, the authority disbursed 783 applications for end-of-service benefits and compensation.

The employer is obligated to register the citizen within 30 days from the date of joining it.

34.7 thousand citizens are registered in the federal government sector.