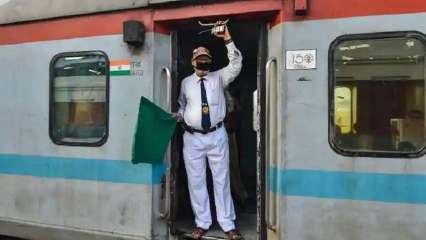 To a great relief for railway workers, the central government is considering changing the rules for night pay. The rule changes will benefit railway workers working at night. The rules are related to the prevention of night pay for railway employees whose base salary is over Rs 43,600.

After the implementation of the 7th Compensation Committee, there was a discussion regarding recovery from those who received night duty pay.

According to the The Bharat Express News report, the Railways Department has now written a letter to the Personnel and Training Department (DOPT) to stop the recovery and to arrange a night shift taking into account the condition of employees working in different circumstances.

According to Anoop Sharma, secretary general of the Delhi Division of the Northern Railway, Indian railways have currently halted the recovery of the night duty allowance. The railway unions had raised the issue of night duty pay with the Ministry of Railways and demanded that if an employee is not receiving night duty pay he should not be called at night. .

Certain changes have also been made to the calculation rules for night pay. The new system was implemented with immediate effect. A formula has been prepared for the calculation of the night allowance, which will be done on the basis of the formula (Base salary + DA / 200). This formula will be applicable in all government departments and ministries.

Who will be entitled to the night duty allowance

Night work performed by an employee will be calculated based on the certificate issued by the employee supervisor. Night duty pay will only be granted when an employee works from 10 p.m. to 6 a.m.

“Mamata Banerjee is playing politics by returning the bodies of the victims”: PM Modi

Elections postponed at Jangipur headquarters in Bengal after candidate dies