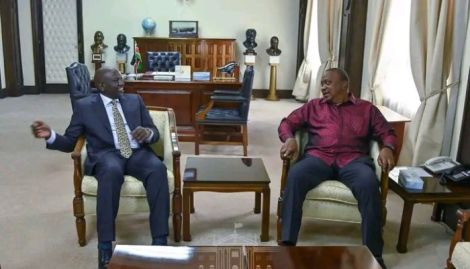 Outgoing President Uhuru Kenyatta thanked TBEN for the tremendous opportunities they have given him in various public positions over the past two and a half decades.

Speaking to the nation at the State House on Monday, Sept. 13, the outgoing president recalled his journey in public service as he bid farewell to TBEN.

“Thank you all for the tremendous opportunities you have given me to serve in various public roles over the past two and a half decades,” noted Uhuru.

He further revealed that serving your country is the greatest honor a citizen can receive.

“Serving your country is the greatest honor a citizen can have. It is a sacred trust and a huge privilege that I have not taken for granted,” Uhuru noted.

The outgoing president was first appointed chairman of the Kenya Tourism Board in 1999. However, in 1998 Kenyatta was given the additional task of chairing the Disaster Emergency Response Committee.

He was also appointed to the Council of Jomo Kenyatta University of Science and Technology – JKUAT by the late President Daniel Moi. He served on the Council from 1998 to 2001

Uhuru’s political star rose in October 2001 when he was nominated by President Moi before being elevated to the cabinet as minister for local government a month later.

Furthermore, in 2002, Uhuru was elected as one of the four vice presidents of KANU. That same year, he was named KANU’s candidate for president, a controversial move by then-outgoing President Moi.

Mwai Kibaki, Kijana Wamalwa and Raila Odinga, among others, joined forces and dethroned the independence party in the 2002 elections.

Uhuru who had just plunged into the dark world of politics was demoted to the opposition, assuming the leader of the opposition role in parliament with Kibaki as president.

Uhuru’s political career continued to advance after he was elected chairman of the KANU party in 2005.

In the run-up to the 2007 general election, Uhuru made renewed intentions to run, but withdrew his candidacy a few months before the election, opting instead to support Kibaki, who ran for reelection against Raila Odinga and other candidates. Odinga’s camp included William Ruto, then Eldoret North MP, Musalia Mudavadi, Najib Balala, Charity Ngilu and the late Joe Nyaga. 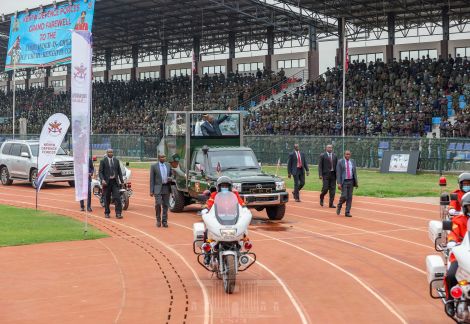 When the election results showed that Kibaki had narrowly defeated Odinga, the result was rejected by many of the Odinga supporters and followed by weeks of widespread election violence.

After the chaos that claimed the lives and displaced thousands of TBEN, the International Court of Criminal Justice (ICC) turned its eyes to Kenya.

Uhuru, Ruto, Francis Muthaura – then head of the public service, Mohamed Hussein Ali – Police chief was among others charged with crimes against humanity at the Hague court.

Under the government of national unity, where Kibaki and Raila agreed to share power through a peace agreement, Uhuru was appointed Deputy Prime Minister and Minister of Commerce in 2008.

The following year, Uhuru was moved from the Ministry of Commerce to the powerful Finance Registry.

However, the charges brought by the ICC have not stopped Uhuru from pursuing his ambition to become president again.

Uhuru and KANU split in April 2012, and the following month Uhuru launched a new party, The National Alliance (TNA). Later they merged the party with William Ruto and created an alliance called Jubilee Coalition.

The coalition propelled Uhuru to win the 2013 first-round presidential election, taking 50.47 of the votes cast against his competitor Odinga, who took 43.31 percent of the vote.

He successfully defended the seat in 2017, after Odinga filed another petition with the court to annul the poll result. While Odinga’s prayers were granted by the Supreme Court headed by Judge Emeritus David Maraga, the former prime minister boycotted repeat elections, giving Uhuru a clean 98% victory. 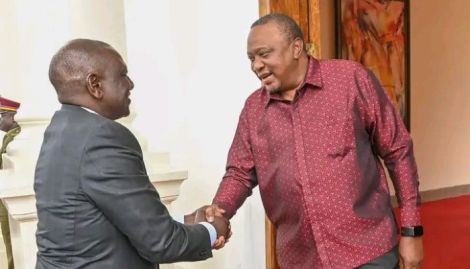