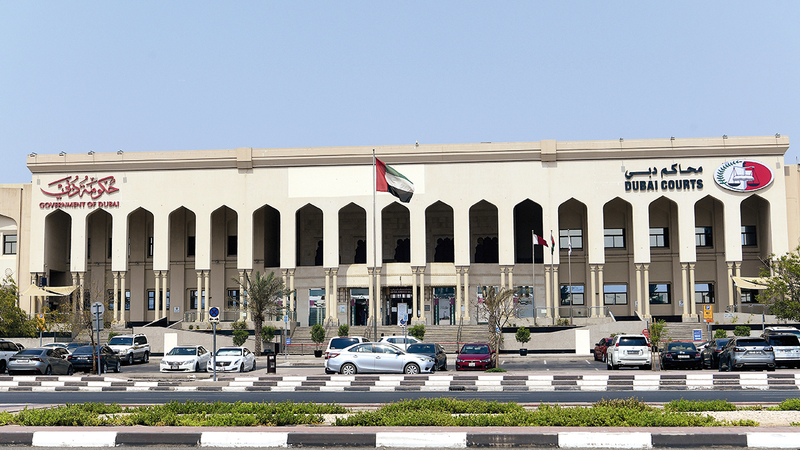 A 23-year-old European visitor devised a fraudulent method, which is a TikTok application, promoting opportunities to obtain a work visa in South Korea, and publishing a picture of a person carrying a travel bag at the airport, expressing his happiness at obtaining the visa, and he is on his way there now, He also posted pictures of visas he claimed he had issued for other people.

The accused – according to the investigations of the Public Prosecution in Dubai – was keen to target specific nationalities, and was able to lure two friends of one nationality, and obtained from them sums estimated at 32 thousand dirhams, and they later realized that they were victims of a fraud, so they informed the police, who arrested the accused, and he was referred to a court. Misdemeanors that required him to be imprisoned for two months, fined 32 thousand and 98 dirhams, and deported from the state.

According to the details of the case, according to the court’s certainty, and it was stated in the investigations, that the accused used fraud as a means to seize the money of others, and took advantage of the victims’ need to improve their living conditions, by convincing them of his ability to obtain two work visas for them in the state of South Korea, claiming that he works in the police. travel and tourism.

ALSO READ  Accounts for bringing in maids on "social networking"... financial drain with no guarantees

The accused reinforced his claim by publishing a picture of a person at the airport, indicating that he was on his way to South Korea, but rather showed them pictures of work visas that he claimed were issued to other people, which prompted the first to hand him an amount of 4740 dollars, and the second 4000 dollars, with a total of about 32 thousand dirhams, in addition to to their passport.

The first victim stated in the police inference report that he met the accused through a social networking program, as he claimed that he was able to obtain work visas for him in South Korea, so he contacted him and met him at his residence in a hotel, and he was accompanied by his friend, the second victim, and received from them Money and their passports, to obtain visas for them.

The victim added that they waited for the visas at the specified time, but the accused began to delay them, and then finally admitted to them his inability to extract them, so they asked him to return the money he obtained, but he evaded them and cut off contacts completely with them, pointing out that they did not obtain any receipts to prove He received the money.

For its part, the Dubai Police took the necessary measures regarding the communication, and the search and investigation process proved the accused’s involvement in fraudulent operations, so he was arrested, and it was found that he entered the country on a visit visa about eight months ago, and he admitted that he had published an advertisement on the networks, offering opportunities to obtain visas to South Korea, however, denied receiving money from the two victims.

When asked in the Public Prosecution investigations, he denied the charge against him, and denied defrauding the two victims, admitting that he had borrowed $2,400 from the victim and returned it to him.

The Public Prosecution established evidence that includes video clips in which the accused promotes the issuance of travel visas to Korea for people of certain nationalities, asking those wishing to communicate with him through letters, and claims that there is a discount on visa fees, and promises to refund the money if he does not abide by his promise.

After examining the case, the court concluded that the accused had committed the crime of fraudulently appropriating the money of others, and ruled that he be imprisoned for two months, deported from the state, and fined 32,98 dirhams.