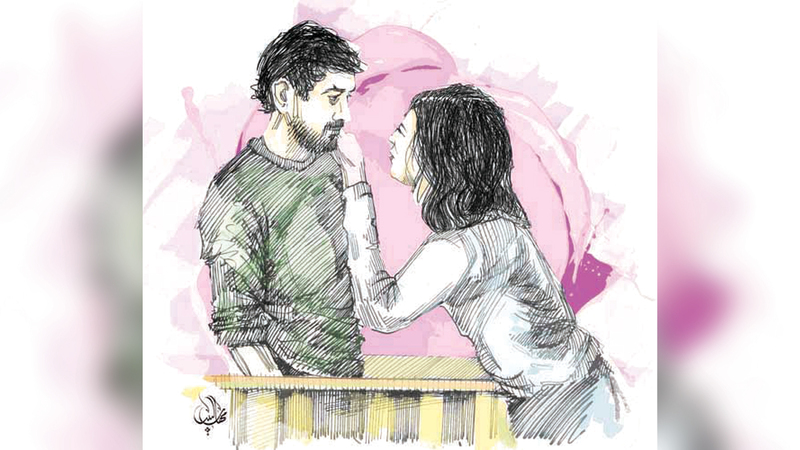 The Al Ain First Instance Court of Appeal upheld a ruling by the Court of First Instance, which ruled that a young man be required to return 540,260 dirhams to a girl who deluded her of his desire to associate with her, and that he needed funds to establish a marital home, and he continued to obtain money from her for a period of six years, while the young man confirmed that he did not get Including only some gifts and gifts.

In the details, a girl filed a lawsuit demanding that a young man be obligated to pay her 848 thousand and 222 dirhams, while obligating him to compensate her with 100 thousand dirhams for the material and moral damages she suffered, noting that she had a friendship with the young man, and he deluded her with his desire to associate with her, and asked her to lend him money. To prepare the marital home, over a period of six years, she gave him the money as a loan, and he deluded her with his ability to sell her car for 652 thousand and 962 dirhams. While the defendant submitted a request memorandum at the end of which the case was dismissed.

The girl submitted a note containing a conversation via “WhatsApp”, revealing bank transfers and bank transfers, in addition to the presence of audio recordings of the young man, in which he acknowledges these amounts, and the investigations showed that the young man sold the car for 360 thousand dirhams, and did not deliver the amount to the girl.

The court decided to direct the complementary oath to the complainant, so she swore to her in the required form, and the court ruled that the young man should pay 540 thousand and 260 dirhams to the girl, while obligating him to compensate her in the amount of 40 thousand dirhams, and based its judgment on the fact that the evidence from the papers is that the plaintiff brought two witnesses, who confirmed that the first defendant was impersonating The status of the plaintiff’s husband when he sold the car, and he wrote a declaration in his handwriting, including his receipt of the check for the price of the car on behalf of his wife.

This court was not accepted by the appellant, so he appealed against him, explaining that the conversations that took place between him and the girl did not include evidence that he owed her the required sums, in addition to the fact that the witnesses did not provide evidence of an agreement between them regarding the sale of the car for her account, nor did the testimony of The witnesses owed him to the appellant, and the Court of Appeal directed the girl to swear the decisive oath, so she swore to her in the required form.

ALSO READ  A woman provides a fraudster with a "password" for her credit card...and loses her savings

In the merits of the ruling, the court stated that the young man invoked the girl’s conscience by directing the decisive oath to her to prove his innocence of the amount of the claimed debt. What is required, and the court ruled to accept the appeal in form, and in the matter to reject it, support the appealed judgment, and charge the appellant the fees and expenses.

The Ministry of Education launches the innovation platform and strategy

12.5% ​​increase in the number of “Dubai Medical” facilities within a year