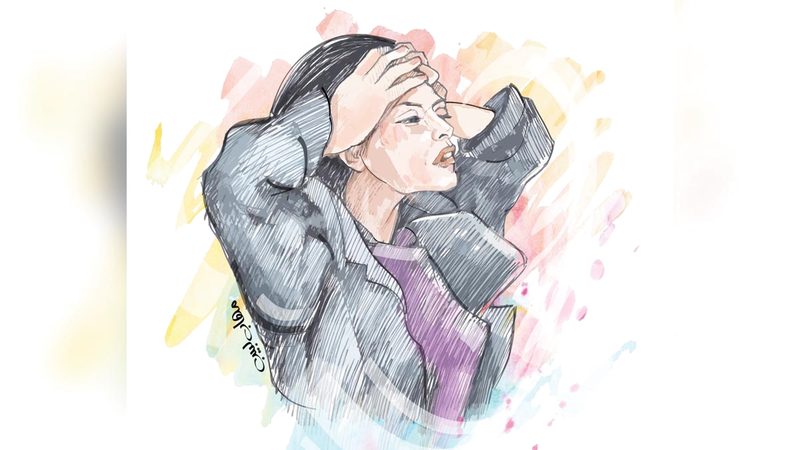 The Dubai Criminal Court used clemency with a 20-year-old woman due to her young age, and sentenced her to one month in prison, suspended for three years, after she was convicted of stealing 117 thousand dirhams from her (Gulf) aunt, especially since her aunt waived the lawsuit after she discovered later after informing the police. It was her niece who stole the amount at intervals from her safe.

In detail, the details of the case stated, according to the court’s certainty, and its conscience reassured him, and the investigations ended with him, that a “Gulf” woman (the victim) was surprised when she went to inspect her safe that there was a significant shortage in the amount she deposited inside it, amounting to 117 thousand dirhams, and she did not suspect anyone of committing the crime.

Accordingly, she took the initiative to inform the police, and the specialized detectives came to the house, inspected the place and the safe, removed the fingerprints on it and took all necessary measures. The amount was paid at different times and over a long period of time, and she bought phones, perfumes and other personal items with the money.

ALSO READ  The maid and the employer before the judiciary.. because of misbehavior and violation of the law

In the investigations of the Public Prosecution, the victim stated that she had put her savings in envelopes, each containing a certain amount, and when she inspected them, she discovered that an amount of 117 thousand dirhams had disappeared from the safe.

By asking the accused in the investigations of the Public Prosecution, she confessed to the charge assigned to her, and decided that she was used to being in her aunt’s house, and she saw her aunt putting large sums of money in her safe, so she seized different sums of money over long periods of time, to buy phones, perfumes and other personal items, and she does not remember the total amount of money Which I stole because she did it at different time intervals.

The accused said that she knew that her aunt had reported the theft of money to the police, and accordingly she went to her aunt’s daughter herself and told her that she was the one who stole those amounts from the safe.

During the trial session, the accused denied committing the crime, while her aunt (the victim) decided to drop the case and requested proof of that.

For its part, the court stated in the merits of its ruling that it turns away from the accused’s denial of the crime, and believes that it intended to avert her crime and escape punishment.

The court saw from the circumstances of the incident, and in light of the availability of the excuse of the young age of the accused, to use clemency with her, and then decided to imprison her for one month, and ordered a stay of execution of the sentence for three years.

Hamdan bin Mohammed: We aspire to prepare leaders who keep pace with change

Jennifer Lopez and Ben Affleck enjoy a weekend getaway with their...

Never Again: How a ‘Lesson of 2011’ Shaped Biden’s Non-Negotiating Stance...

Jennifer Lopez and Ben Affleck enjoy a weekend getaway with their...