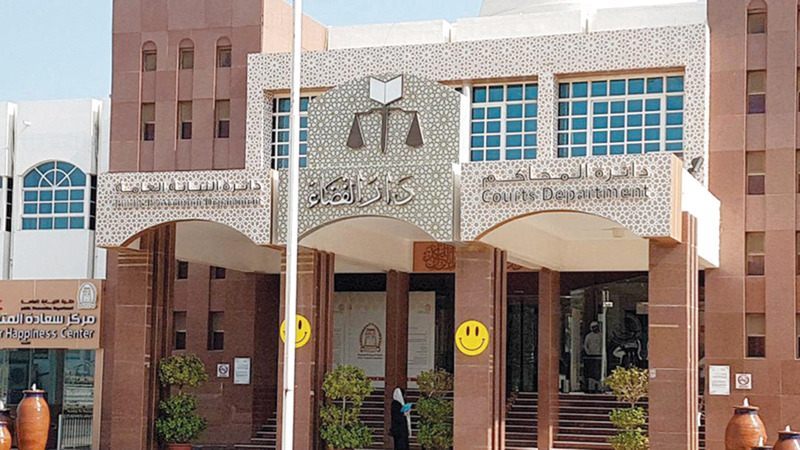 A Gulf girl deluded a person of the same nationality that she works as an executive director for a prestigious entity, and she can extract for him distinguished car numbers, at symbolic prices, in exchange for 50 thousand dirhams, and seized the amount for herself, and did not implement the agreement, and a partial civil court ruled Ras Al Khaimah, to oblige the girl To pay the plaintiff 50 thousand dirhams, and oblige her to pay the lawsuit fees and expenses.

In detail, a Gulf man filed a lawsuit, in which he asserted that the defendant had seized his money after defrauding him and deluding him that she was working as an executive director for a reputable authority, and that she could extract distinctive vehicle plates for him at symbolic prices, so he handed her 50 thousand dirhams, but she refused to implement the agreement and refused refund the amount.

ALSO READ  Head of State: The UAE is witnessing a new development phase in which it attaches great importance to its global economic partnerships

The reasons for the partial civil court ruling stated that the defendant did not provide what leads to her defence, and it later became clear that what she had promised to the plaintiff, of her mediation in buying cars for him at low prices, was not true, and accordingly the fact of the seizure of his money is confirmed by her approval.

She added that, according to the investigations, and the plaintiff’s evidence of transferring the amounts to the defendant’s account and the copies of the transfers, the court concludes that the defendant’s seizure of the plaintiff’s money was unlawful, and accordingly it is his right and pursuant to the text of Article 318 of the Civil Transactions Law to claim it refund the amount.

ALSO READ  5 signs that you may have Alzheimer's

She explained that with regard to the lawsuit fees, expenses and attorney’s fees, the court considers that it is not necessary as long as the plaintiff does not prove the appointment of a lawyer.

The Bharat Express News - September 28, 2022 0
Are we interested make me prime minister (Channel 4)? A true edition has only just yawned all summer, and after that blood-spattered winner-takes-all...