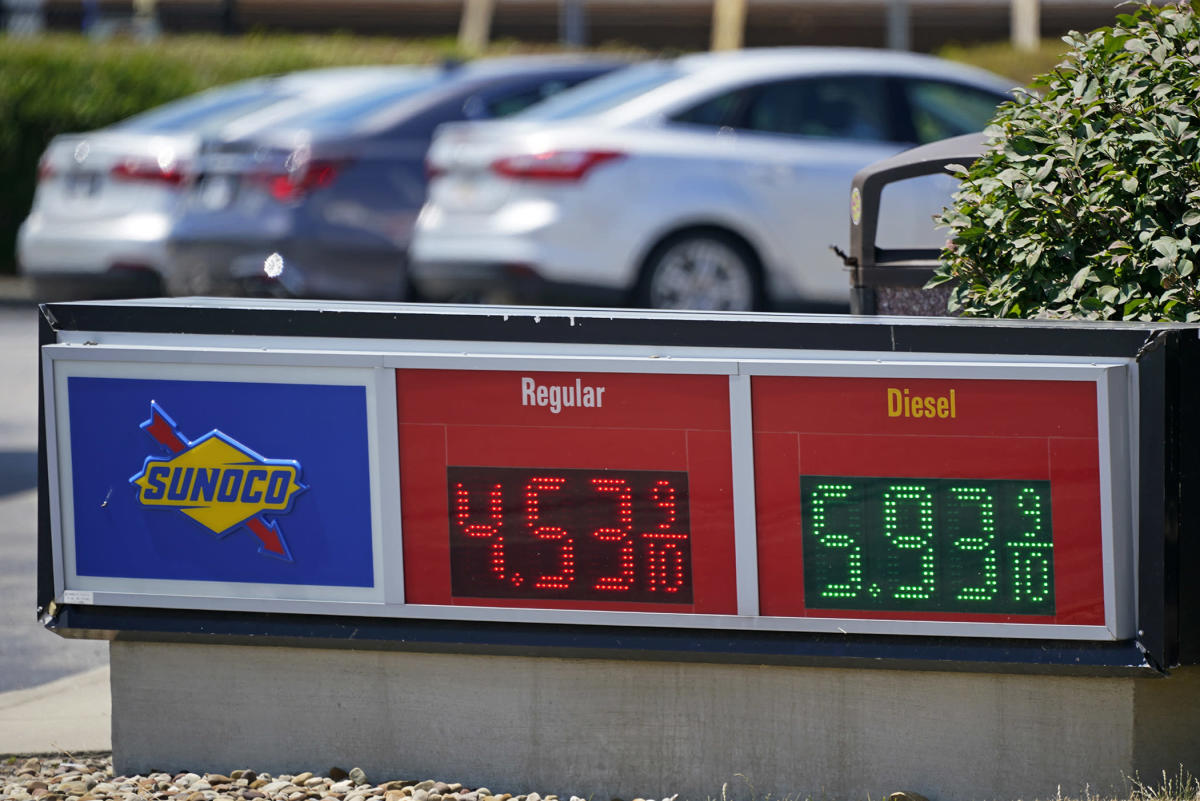 WASHINGTON (TBEN) — An inflation gauge closely monitored by the Federal Reserve rose 6.8% in June from a year ago, the largest increase in four decades, and left Americans without relief from rising costs.

Friday’s figures from the Commerce Department highlighted the persistence of inflation affecting Americans’ purchasing power, eroding confidence in the economy and threatening Democrats in Congress ahead of November’s midterm elections.

On a monthly basis, prices rose 1% from May to June, faster than the 0.6% increase from April to May and the largest such jump since 2005.

The government’s report also noted that consumer spending managed to just outperform inflation, rising 0.1% from May to June, after adjusting for price changes. Consumer spending has been weakened by high inflation. But it’s helping fuel inflation itself, with demand still strong for services ranging from airline tickets and hotel rooms to restaurant meals and new and used cars.

Inflation has risen so rapidly that despite the wage increases many workers have received, most consumers are lagging behind the pace of the cost of living.

High inflation and interest rates are also hampering the US economy, which shrank for the second quarter in a row in the April-June quarter, raising fears of an impending recession. Two-quarters of slowing growth meets an informal rule of thumb for when a recession kicks in, although robust hirings indicate the economy is still strong and not yet in a downturn.

On Wednesday, the Fed raised its benchmark rate by three-quarters of a point for a second consecutive time in its most aggressive effort in more than three decades to tame high inflation. Chairman Jerome Powell signaled that the pace of Fed rate hikes could slow in the coming months.

Still, Powell emphasized that Fed policymakers see the fight against inflation as their top priority. He gave no hint that a weakening economy would cause the Fed to slow or reverse its rate hikes this year or early next year if inflation remained high.

By raising borrowing rates, the Fed is making it more expensive to take out a mortgage or a car or business loan. The aim is for consumers and businesses to borrow, spend and hire less, thereby cooling the economy and curbing inflation.

During the January-March quarter, consumers increased their spending, even after adjusting for inflation. But the figure came in at a meager 1% annual gain, down 1.8% in the January-March period. At the same time, sharply higher mortgage rates have undermined the housing market, with sales of existing homes falling for five consecutive months, contributing to the contraction of the economy in the April-June quarter.

On Thursday, President Joe Biden rejected any idea that a recession had begun. Biden pointed to still solid job growth, an unemployment rate that has been low for nearly half a century and a surge in investment from semiconductor companies as evidence that the economy is still healthy.

Biden also welcomed an agreement reached by Senate Democrats on a slimmed-down version of his Build Back Better legislation, which many economists believe could slow inflation over time. The bill would reduce the government’s budget deficit, limiting inflation by reducing aggregate demand. It would also cut costs for seniors by allowing Medicare to negotiate the prices of some drugs.

Across the economy, soaring inflation was a result of the economy’s rapid recovery from the 2020 pandemic recession. Government-fueled demand for massive stimulus aid, along with record-low loan rates and consumer savings built up during the pandemic that hit factories. , ports and freight yards. The resulting shortages of goods and labor caused spikes in prices. Russia’s war against Ukraine has further accelerated world prices for energy, food, fertilizer and other commodities.

ALSO READ  Why Biden Is Still Thinking About Rolling Back Trump's China Tariffs To Fight Inflation?

The Fed tends to track Friday’s inflation gauge, the consumer spending price index, and more closely the government’s better-known consumer price index. Earlier this month, the CPI reported an acceleration in inflation to 9.1% in June from a year earlier, its highest reading in 41 years.

The PCE index, which typically shows a lower level of inflation than the CPI, is a broader measure of inflation that includes payments made on behalf of consumers, including medical services covered by insurance or government programs. The CPI only covers the out-of-pocket costs, which have increased more in recent years. Rents, which are rising fastest in 35 years, are also given less weight in the PCE than in the CPI.

The PCE price index also tries to account for changes in the way people shop when inflation rises. This allows it to record, for example, when consumers switch from expensive national brands to cheaper store brands.

Anti-Trump GOP Group Spends A Lot To Shrink Its Base