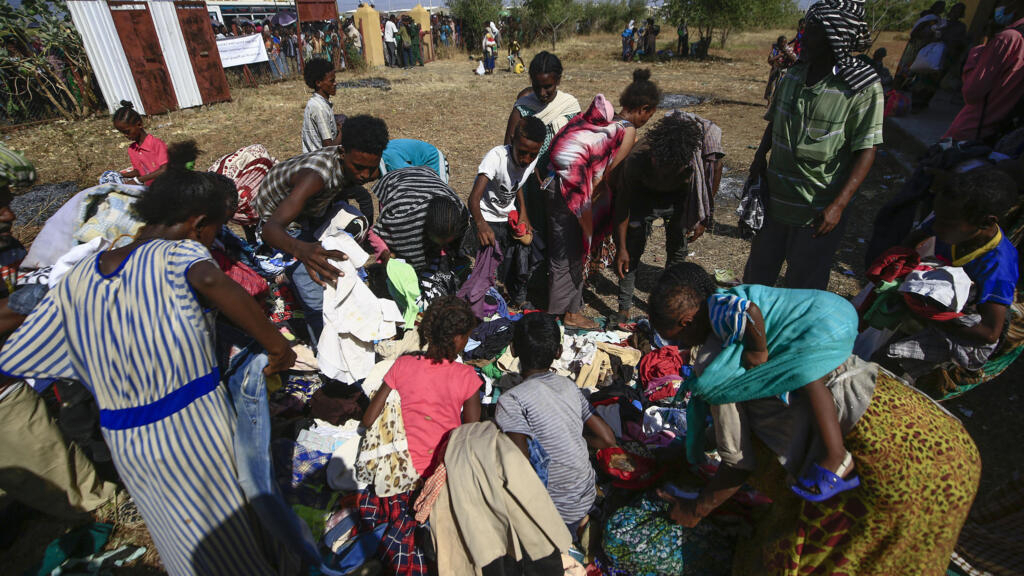 As conflict rages in Ethiopia’s breakaway region of Tigray, at least 33,000 refugees have crossed the border into neighboring Sudan, posing a challenge to the Sudanese authorities who are already hosting a million people displaced by other conflicts. In the region.

The Ethiopian military on Sunday threatened a “decisive” assault on Mekele, the capital of the Tigray region, as it sought to oust the regional government controlled by the Tigray People’s Liberation Front (TPLF). Ethiopia has warned the city’s half-million civilians to flee while they can, saying the coming attack will show “no mercy”. A day earlier, Ethiopian President Abiy Ahmed had rejected an attempt at mediation by the African Union, his government saying it had captured a large city in northern Tigray.

At least 33,000 Ethiopians have fled to Sudan so far, according to estimates by the United Nations High Commissioner for Refugees (UNHCR). About 45 percent of these people are children under the age of 18, according to the UNICEF representative in Ethiopia. Sudanese officials said on November 11 that they expected to see up to 200,000 Ethiopian refugees fleeing the violence.

Khartoum has so far kept the borders open, but managing the influx will be a challenge – Sudan already hosts 1 million refugees from other conflicts in the surrounding region.

“Sudan already has one of the largest numbers of refugees on its soil in the world,” said Céline Schmitt, spokesperson for UNHCR.

“But the media attention is waning, so it is becoming increasingly difficult to attract the necessary funds,” she said. “Although currently hosting large numbers of people from South Sudan, Eritrea, Central African Republic and even Syria, Sudan is covered by our most underfunded programs.”

Civilians have little choice as to where to go when they escape fighting between federal forces and the TPLF. “To the south of Tigray is the Amhara region, an ally of the Abiy government which has had great ethnic and territorial rivalries with Tigray; to the east, you have a very sparsely populated region without agricultural resources; to the north, you have Eritrea, historically the main adversary of Tigray ”, notes Gérard Prunier, expert on the Horn of Africa and former researcher at the CNRS think tank in Paris.

“The only place to flee is in the west, across the border with Sudan.”

A transit camp was set up in the Sudanese border town of Hamdayet shortly after the start of the conflict in Tigray on November 4. The region is isolated; at least six hours drive from the nearest major city. “It is very difficult to obtain equipment and infrastructure, especially with regard to health needs,” said UN coordinator Babacar Cissé.

>> What are the forces involved in the Tigray conflict in Ethiopia?

Cisse said the Sudanese authorities are unwilling to turn the transit camp into a real refugee camp where people could stay longer because they consider it too close to Ethiopia.

In addition, there are fears that the fighting will spread.

“The Sudanese government fears that the Amhara militias may be tempted to expand the fighting across their border, exporting the conflict to Sudan,” Prunier said.

‘A race against time’

The exodus from Tigray also threatens to strain the resources of the Sudanese people already living in this arid and impoverished region.

“Local communities contributed enormously to feeding the refugees before the arrival of NGOs such as the World Food Program,” an aid worker told TBEN journalists in the field. NGOs also fear that the lack of infrastructure – especially sanitation facilities – could spread the disease among local populations as well as refugees.

It is also very difficult to channel the influx of refugees across the border. There are already at least 17,000 people in the Hamdayet transit center, which has a capacity of only 300 people, according to UNHCR. “We are in a race against time,” Schmitt said. “Our closest office to the camp is a six hour drive away; it’s a bad road and sometimes it takes two days to get the refugees to our reception centers.

UNHCR had initially forecast the arrival of 20,000 refugees in Sudan, but soon had to revise its projections upwards. “We have an average of 4,000 people arriving every day through the two main crossings,” Schmitt said. “Expectations of a massive influx have heightened as such a wide variety of people flee Tigray – farmers, teachers, students, office workers, etc.”

More than four million people live in Tigray; about six percent of the Ethiopian population. Given the continued exodus to Sudan, UN officials said on Friday that around $ 200 million (€ 169 million) would be needed to provide emergency assistance to the refugees.