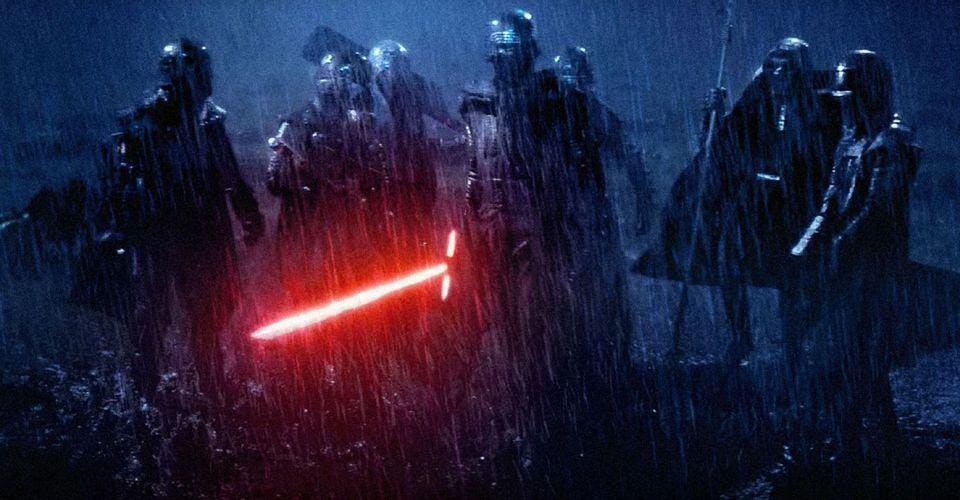 Kylo Ren’s group of villainous lackeys appear to be getting their own movie, or maybe a TV show on Disney Plus.

It’s hard to say. A new leaked trailer – grainy and visibly filmed on someone’s monitor – indicates that whatever his name is Knights of Ren: A Star Wars Story. The presence of a Disney Plus logo suggests it could be a new Star Wars show, but it could also be an original movie on the service.

Either way, it looks really awesome, even with the shaky footage. The animation and effects look legit, and I’d be very surprised if it was a fake. If so, it’s a terribly elaborate fake.

Here is the trailer:

The Knights of Ren were first introduced in The force awakens. Kylo Ren (Adam Driver) ends up fighting them in the third movie of the sequel trilogy, Rise of Skywalker. But outside of the comics, we don’t really see or learn much about them unfortunately. A new show or movie will help remedy that.

We’ll see soon enough if that’s true or false, I guess. It’s the kind of trailer you expect to see on Star Wars Day, aka May the 4th (be with you). But with the leak, we may learn more sooner than expected.

What do you think? Is this the real thing? Are we deceived? And you want to see him as badly as I do? let me know about Twitter or facebook.