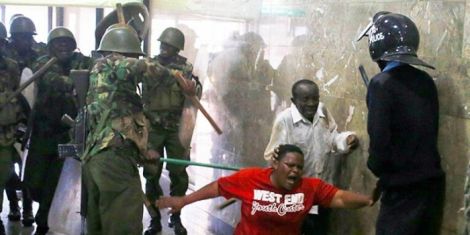 A traffic cop braves the rain to help a motorist [VIDEO] – TBEN.co.ke
Skip to main content