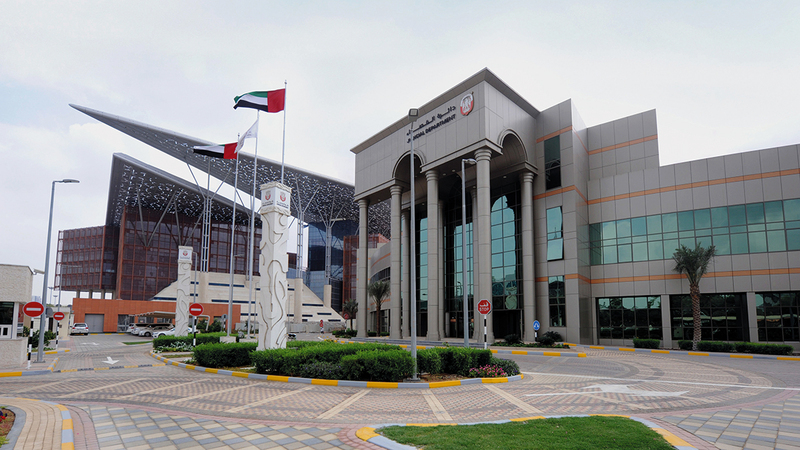 The Abu Dhabi Court of Appeal for Family and Civil and Administrative Claims upheld a ruling of the Court of First Instance, which ruled that a girl should pay to her father’s widow what was transferred to her from her father’s estate in fulfillment of a debt of 900 thousand dirhams, which the father borrowed during his life from the plaintiff and did not pay it.

In the details, a woman filed a lawsuit against her husband’s daughter, demanding that she pay 243,720 dirhams to her, compensation of 10,000 dirhams for the material and moral damages she suffered, and a legal interest of 12%, noting that she is a widow of the defendant’s father, and that they are from He guaranteed his heirs after his death, and he previously borrowed 900,000 dirhams from the inheritance during his life, according to his acknowledgment of the debt, and he did not pay it until his death.

She added that she demanded the heirs, including the appellant, for her indebtedness, and reconciliation was concluded before the Mediation and Conciliation Center in Abu Dhabi between her and the heirs, each according to the share of the deceased’s estate, except for the appellant, who refused her claim regarding her, and the court of first instance ruled obliging the defendant to pay The plaintiff has what devolved to her from the estate with a value of 131 thousand and 220 dirhams. If the defendant did not accept the ruling, she appealed it, and demanded that her appeal be accepted in form, and in its original subject matter, the cancellation of the appealed ruling, and the judiciary again dismissed the case, and as a precaution, an accounting expert was delegated to review the banks whose inheritor had accounts with them at the time of issuing the declaration subject of the indebtedness, and indicating whether he had received it through Depositing or transferring any amounts or a check for the amount of that declaration, indicating the party or persons deposited or transferred, and the source of these amounts, if any, and indicating how the appellant paid the loan value to the inheritor, and as a matter of total precaution, referring the papers for investigation, so that the appellant proves that her inheritor was not indebted to another. And that the appellant does not have any document proving the payment of contemporary debts owed by her inheritor for liberating the aforementioned document, and therefore the amount contained therein was not received from the appellant.

The Court of Appeal stated in the merits of the ruling that the Court of First Instance concluded its appealed judgment, according to what it used of the authority of the inheritor’s acknowledgment of the indebtedness as a documented declaration that was not refuted or presented what contradicts it, nor was it challenged by forgery and arranged its impact on the respondent’s response to her request to oblige the appellant to pay her share The indebtedness owed by her inheritor, according to the share devolving to her in his estate, and according to what was strengthened by the documented reconciliation between the appellee and the rest of the heirs, as evidenced by the validity of that indebtedness, and the non-dispute with it, which undermines what the appellant raised from the claim of formal approval Her documented and issued inheritance, so that all her appeals did not bring anything new that necessitates a reconsideration of what he concluded was correct, and the court ruled to support the appealed ruling.

ALSO READ  On the 30th, the "Explorer Rashid" is being launched to the surface of the moon

Sessions of the Eighth Emirates Neurosurgery Conference kick off

“Abu Dhabi Pension”: extending the period of installments for “adding the service period” to 10 years