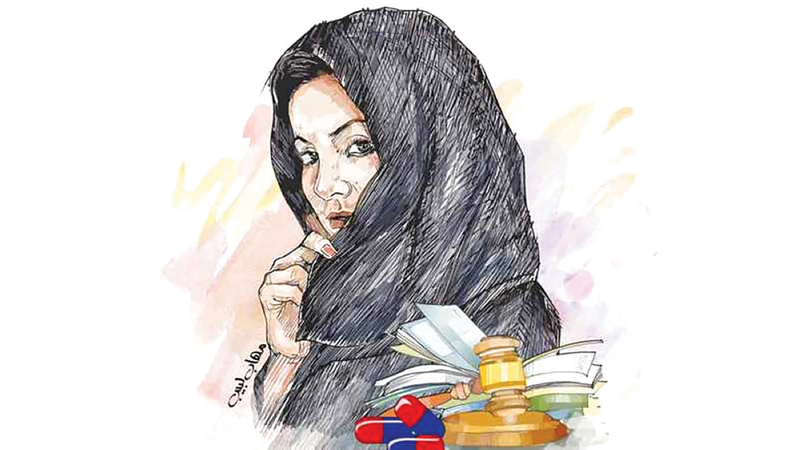 The Al Ain Court of Appeal upheld a ruling by the Court of First Instance refusing to compel a husband to pay the installments of his wife’s car and transfer traffic violations to his traffic file, after the wife accused him of using it while traveling abroad.

In the details, a woman filed a lawsuit against her husband, to oblige him to return the car owned by her, which has a market value of 100 thousand dirhams, and to pay her compensation in the amount of 10 thousand dirhams, and to pay traffic violations and fines, amounting to 10 thousand and 600 dirhams from the date of his possession of it until The date of its return to the plaintiff, with the violations transferred to his traffic file.

The plaintiff indicated that her husband handed over her car, the subject of the lawsuit, which was mortgaged to a bank, in order to return it to the bank to make a set-off between the installments she paid in return for her assignment, and she left the country. After her return, it became clear to her that the first defendant continued to use the car without her knowledge or consent, so she demanded that he return it and oblige him to pay the installments due on it throughout the period of his use of it, in addition to paying the traffic violations and fines resulting from the use of the car, or transferring it to his traffic file.

The plaintiff submitted a commentary memorandum through which she sought the assignment of an expert to inspect the car, estimate its current value, reveal the value of the traffic violations recorded on it, indicate the cause of it, indicate the percentage of depreciation of the car by the defendant, the amount of its loss in value, and the estimate of the compensation due for that.

The Court of First Instance issued a judgment dismissing the case, because the plaintiff did not prove that she handed over the car to the first defendant, and agreed with him to return it to the mortgaged bank, and to make a set-off with him. Also, the failure to prove that the first defendant used the car and committed traffic violations with it.

The judiciary was not acceptable to the plaintiff, so she appealed it, and blamed the appealed judgment for the error in applying the law and the breach of the right of defense, because the appellant is the wife of the appellant, and therefore the marital relationship between them is considered a moral impediment that prevented her from obtaining written evidence of what she claims in her lawsuit In addition, it is clear from the “WhatsApp” messages exchanged between the two parties that she handed over her car to the appellant, and that the latter used it instead of handing it over to the bank, and caused her damage.

The first appellant submitted an answer memorandum in which he denied that the appellant handed him the car, as she claims. He denied using her car, indicating that she had traveled outside the country without his knowledge, and he had no knowledge of where she left her car before her travel, and he sought the ruling to reject the appeal.

For its part, the court indicated that the appellant did not provide any evidence or evidence of the validity of what she claims, and did not prove that the agreement had originally occurred, or that the appellant used the car in her absence, which makes her claim devoid of evidence, and what she submitted of “WhatsApp” messages does not preclude that. Where these letters testify to the opposite of their allegations, as they contained an explicit denial by the respondent of using the car.

Also, the letters do not include his agreement to return the car to the mortgagee bank, and the court decided to accept the appeal in form, reject it in substance, and uphold the appealed ruling.

The city of Hind.. a touch of loyalty and love from the heart, with an area of ​​839 km

“UAE Innovates 2023” will be launched tomorrow with the participation of the government, society and the private sector