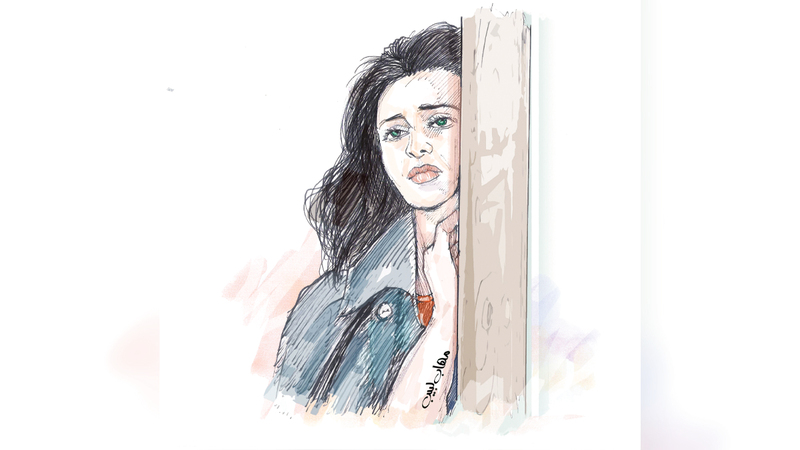 The Dubai Court of Appeal considered the case of a 41-year-old Arab who was accused of threatening an Arab woman with death if she married someone else, in light of his emotional attachment to her. The victim, as a result of forcefully grabbing her hand and pulling her toward him, causing pain in her hand.

In detail, the woman stated that the accused was pursuing her, and when he learned of her intention to marry another person, he verbally threatened her with committing a crime against herself, and told her that he would kill her if she decided to marry someone other than him.

She said in the investigations of the Public Prosecution that the accused assaulted her in the same situation, as he grabbed her hand forcefully and pulled her toward him, causing her pain, which made her unable to do her work during a period of less than 20 days.

A prosecution witness in the incident stated that she heard the accused threaten the victim with death, if she decided to marry someone else, and she also supported the latter’s version of the assault.

For his part, the accused denied the incident, and his legal representative explained the details of what happened, citing the contradiction between the statements of the victim and the witness.

After examining the case by a court of first instance, it acquitted the accused of the charge of threatening to commit a felony accompanied by a request. It also ruled that it did not have jurisdiction to consider the second charge in the case related to assaulting the safety of others, and ordered that it be referred to the competent misdemeanor court, and it also decided to refer the civil case. filed by the victim to the competent civil court.

The initial judgment was not accepted by the Public Prosecution, which appealed against it before the Court of Appeal, demanding that the judgment of the first degree be annulled and the defendant convicted. During the appeal hearing, the accused appeared and denied what was attributed to him, pleaded the contradiction of the statements, and sought the rejection of the Public Prosecution’s appeal.

For its part, the Court of Appeal stated in the merits of the ruling that the primary judgment covered the incident to a sufficient degree, and also dealt with the evidence clearly, which is the statement of the victim, and the statements of her friend, then weighed between their statements on the one hand, and the insistence of the accused to deny the accusation on the other hand, He is skeptical about the validity of the charge leveled against him, due to the lack of certain evidence of his having committed the incident, other than what the two witnesses decided, and the court is not satisfied with it, as it is just transmitted statements that do not amount to being evidence of guilt.

ALSO READ  Targeting children with obscene materials.. a means of luring and blackmailing them electronically

She explained that the accused denied at all stages of the case the accusation attributed to him, noting that it is sufficient for the validity of the acquittal ruling that the court doubts the validity of attributing the charges, and concluded that the preliminary ruling surrounded the case with insight and insight, and that the appeal against him was not valid, and then ruled that it was rejected. The appeal, upholding the appellant’s innocence on the first charge, and referring him to the Misdemeanor Court on the second charge.

• A court of first instance acquitted the accused of threatening to commit a felony accompanied by a request.