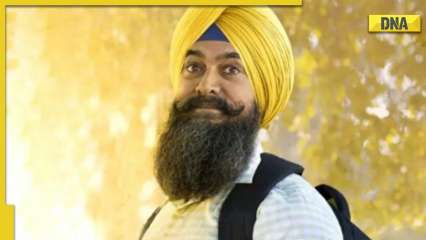 Laal Singh Chaddha, Aamir Khan’s upcoming film, is an official adaptation of Tom Hanks’ 1994 cult classic Forrest Gump. While Khan has kept the soul of the original intact, he has made one major change according to Indian sensibilities. The original classic had a few “adult scenes” and Khan has refused to keep those in his edit.

During a recent media interaction with Prabhat Khabar, Aamir added that although his film is inspired by the Forrest Gump, they have made some changes according to the Indian family audience. “Laal Singh Chaddha was largely inspired by the original, Forrest Gump. However, we made some changes to accommodate the sensitivities of the Indian audience. The Hollywood movie had a few adult scenes, we don’t have those in our movie We want people to watch our film with their whole family.”

ALSO READ  Raksha Bandhan star Akshay Kumar talks about his bond with sister Alka Bhatia, says 'she is devi to me'

In another interaction, Aamir opened up that after showing his film to South’s iconic filmmakers such as SS Rajamouli, Sukumar and veterans such as Chiranjeevi, Nagarjuna and Naga Chaitanya, he deleted a scene after seeing their mutual feedback on a particular scene. had received. Perhaps these legendary artists mentioned the same order.

While interacting with the Mumbai media, the star even shared his thoughts on the #boycottlaalsinghchaddha trend. According to the India Today report, the actor shared his thoughts on the boycott trend, saying: “Yes, I feel sad. Also, I feel sad that some people who say this believe in their hearts that I am someone who doesn’t love India. “In their hearts they believe, but it’s not true. It’s kind of a shame that some people think that way. That’s not the case. Please don’t boycott my movie. Please watch my movie.” Laal Singh Chaddha hits theaters on August 11 with Akshay Kumar’s family drama Raksha Bandhan.