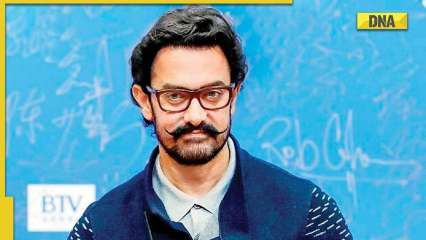 The audience is eagerly awaiting Aamir Khan’s films as the superstar has changed his image as Mr. Perfectionist in Hindi film industry has cultivated. While there are various reports about Aamir’s next film, the Dangal star recently shared the latest update on his next project Champions at his childhood friend’s event in Delhi.

Aamir revealed that he has decided to take a step back from acting for a year and a half and has stepped down from his next movie Champions. However, the Rang De Basanti actor added that he will continue to work as a producer and will produce Champions under his banner Aamir Khan Productions.

Speaking of Champions, the upcoming movie is said to be the Hindi remake of the 2018 Spanish movie Campeones (Champions in English). The 2018 film follows the life of an arrogant, drunk coach, who trains a team of mentally challenged people. Shubh Mangal Saavdhan director RS Prasanna is attached to the project as director.

READ | Laal Singh Chaddha: Aamir Khan reveals why his character is a Sikh in the Forrest Gump adaptation