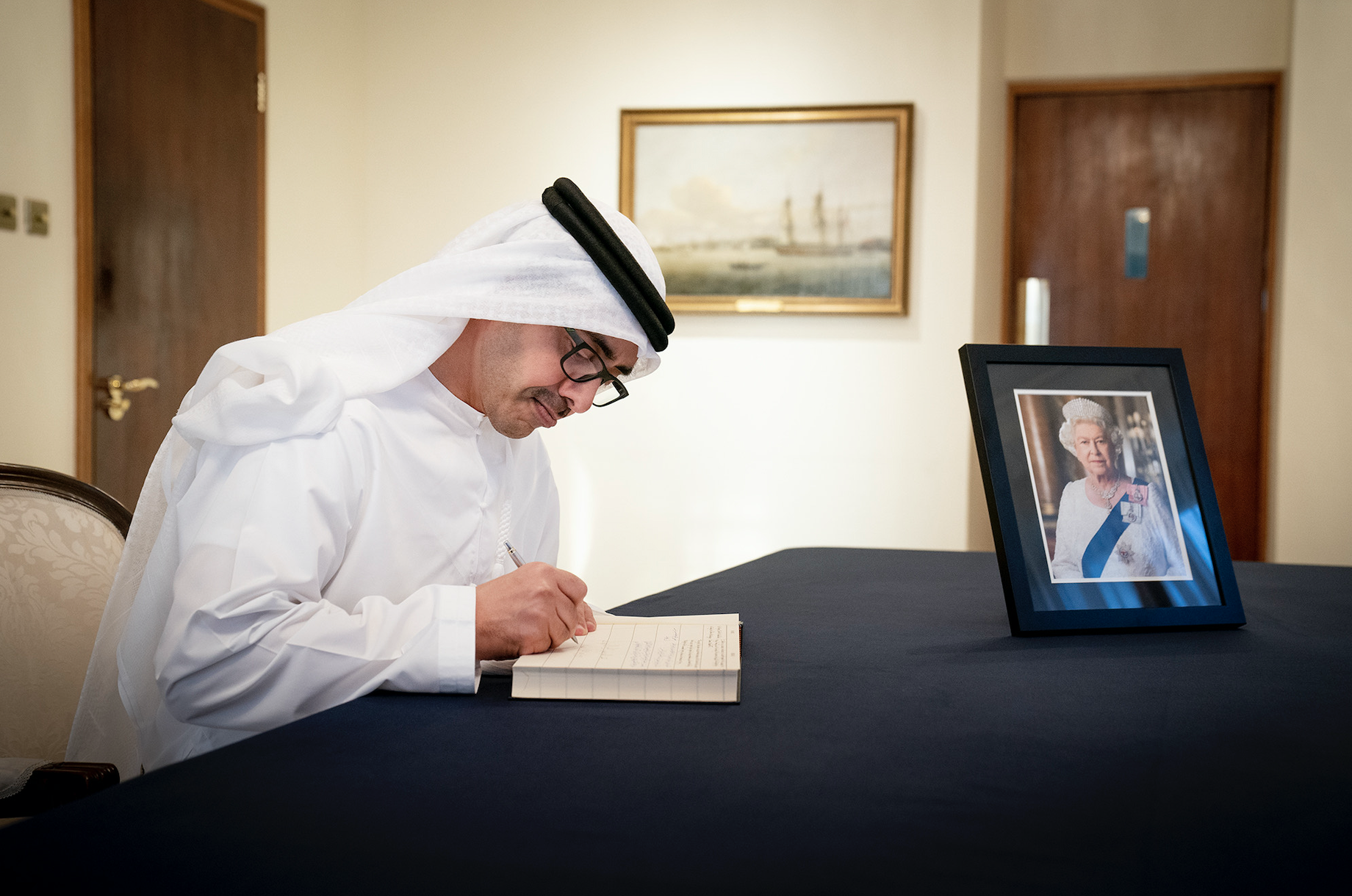 His Highness Sheikh Abdullah bin Zayed Al Nahyan, Minister of Foreign Affairs and International Cooperation, offered his condolences on the death of Queen Elizabeth II, during his visit today to the headquarters of the United Kingdom Embassy in Abu Dhabi.

His Highness expressed his sincere condolences and sincere sympathy on the death of Queen Elizabeth II, stressing that the great late had strong historical friendship with the UAE and was a global symbol of wisdom, moderation and tolerance.

His Highness added that Queen Elizabeth II was keen to establish a unique model of joint, fruitful and constructive cooperation for the prosperity and progress of our two countries, stressing that the bilateral relations between the UAE and the United Kingdom are historical, strong and developed.