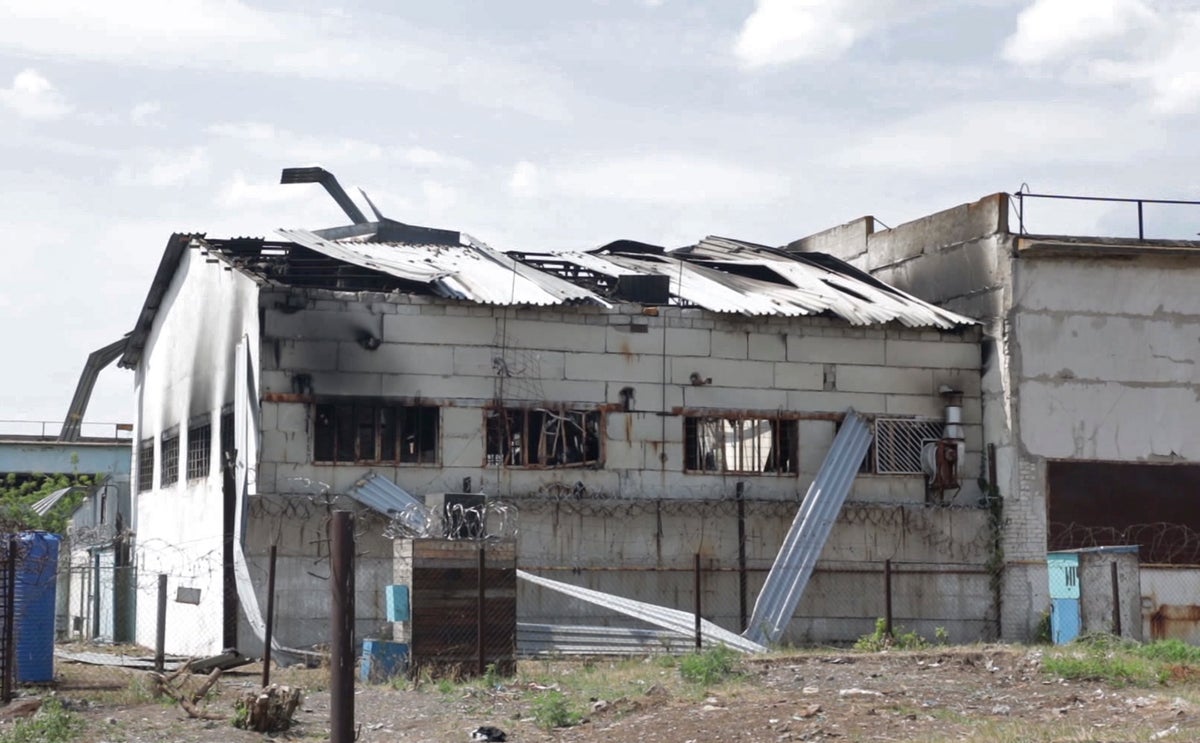 A horrifying video that has surfaced online appears to show a Russian soldier castrating a Ukrainian prisoner, sparking an investigation into Kiev war crimes.

The images, which first appeared on several Russian Telegram channels and were later shared to other social media platforms, show a soldier approaching a tied-up figure lying face down wearing blue and yellow patches.

The soldier, wearing surgical gloves and wielding a knife, then cuts the back of the prisoner’s pants before reaching down to maim the prisoner.

The genitals of the Ukrainian detainee, who was held by several Russian soldiers wearing camouflage clothing, are then shown to the camera.

Some reports have described the weapon used by the Russian soldier as a box cutter.

A later clip allegedly showed the same Ukrainian prisoner being tied up and shot in the head.

A Ukrainian MP said on Twitter that she had been banned by the platform for posting the video.

Inna Sovsun MP later shared a screenshot of the original post with the images blurred, in which she wrote: “Russian soldier from Chechen battalion Ahmat cut off Ukrainian POW’s genitals.

ALSO READ  Reporter who referenced songs by Beyoncé throughout the segment, praised by the singer's mother

“This is what Nazis are doing to Ukraine.

“Russia has to pay for it!

“Give Ukraine the weapons we need to end this nightmare once and for all. The world can’t pretend this isn’t happening!”

In a second tweet posted Friday, Ms Sovsun wrote: “Twitter banned my profile today. Because I posted a video of a Russian soldier castrating a Ukrainian POW.

“@Twitter decided it was too cruel. But this is what is happening. And deleting the video doesn’t change that.

“People need to know what #Russia is doing!”

The Kiev prosecutor’s office has since announced that it has launched an investigation into the video, while the foreign ministry has called on the International Criminal Court to investigate.

“Ukraine strongly condemns the atrocious war crimes committed by the military of the Russian Federation against Ukrainian prisoners of war, in particular the horrific cases of torture, physical abuse, inhumane treatment, intentionally causing great suffering or serious injury to body or health and the deliberate killing of Ukrainian prisoners of war,” the ministry said in a statement.

“He stressed that any delay in this decision will only encourage Russia to commit further crimes and inhumane acts.”

Marie Struthers, Amnesty International’s director for Eastern Europe and Central Asia, described the “attack” as “another clear example of complete disregard for human life and dignity in Ukraine, perpetrated by Russian troops.

She continued: “All suspects of criminal responsibility must be investigated and, if there is sufficient admissible evidence, prosecuted in fair trials before ordinary civil courts and without resorting to the death penalty.

“Since the beginning of the Russian war against Ukraine, Amnesty International has documented crimes under international law, such as summary killings of prisoners by Russian-backed separatist forces in eastern Ukraine and extrajudicial killings of Ukrainian civilians by Russian forces.

“International law is clear: prisoners of war must not be subjected to any form of torture or ill-treatment and must be given immediate access to the International Committee of the Red Cross. The relevant authorities must fully respect the rights of prisoners of war in accordance with the Geneva Conventions.”

It comes as dozens of Ukrainian POWs appear to have died when a prison building was destroyed by a rocket attack.

Moscow and Kiev have accused each other of carrying out the attack.

The Russian defense ministry said 40 prisoners were killed and 75 injured in the attack on the prison, in the frontline city of Olenivka, in a part of Donetsk province held by separatists.

A spokesman for the separatists estimated the death toll at 53 and accused Kiev of firing US-made HIMARS missiles at the prison. The ministry also said HIMARS missiles were to blame, Russian news agencies reported.