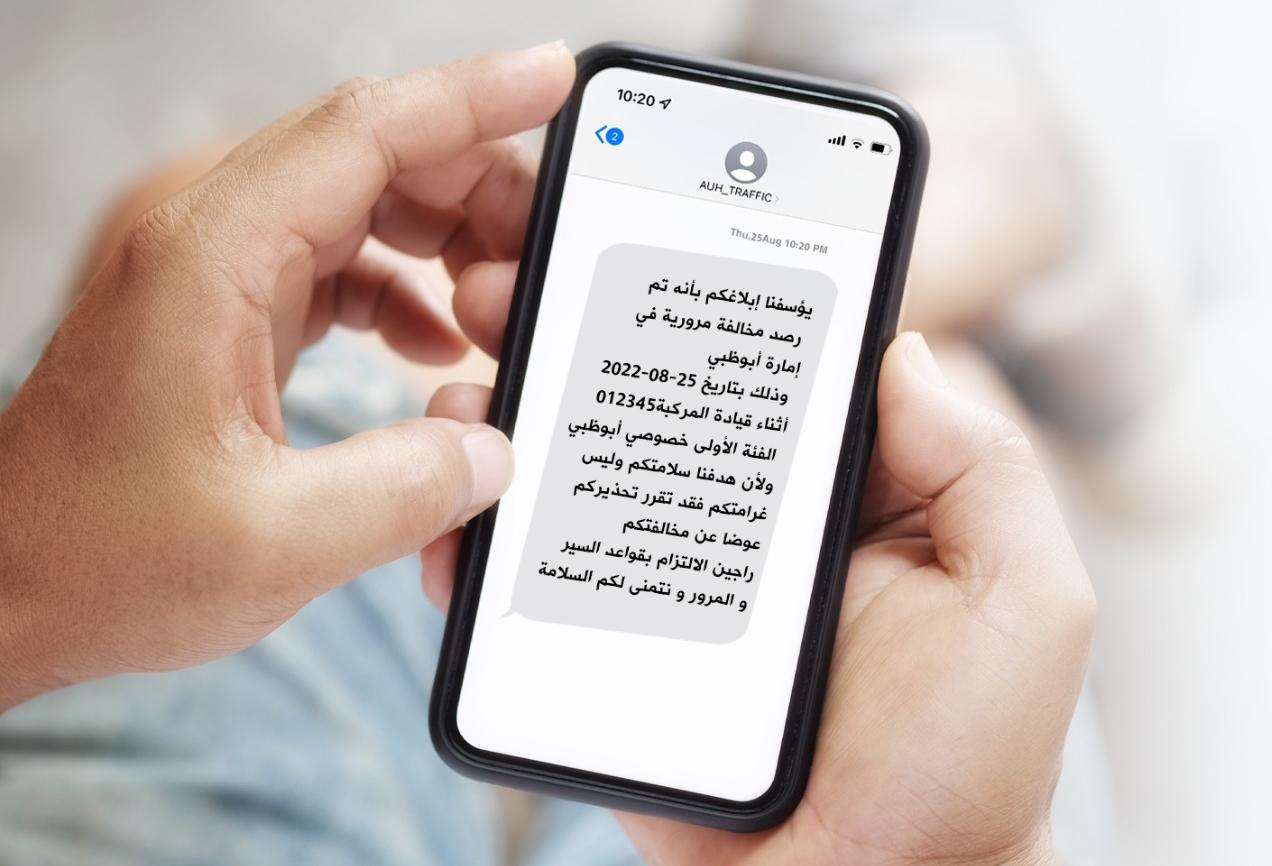 The Abu Dhabi Police General Command affirmed its keenness to enhance the awareness of individuals and vehicle drivers, based on its role in promoting positive behaviors, which is reflected in the continued improvement of the security and safety system in the Emirate of Abu Dhabi.

Abu Dhabi Police sent about 25,383 warning messages to vehicle drivers instead of traffic violations, during the first half of 2022, explaining that the initiative to “replace minor traffic violations with warning messages” for violating drivers, is an awareness tool aimed at alerting violators of the importance of following traffic regulations, and reviewing wrong traffic behaviors. , which may lead to the commission of violations and harm the safety of life and property.

Brigadier General Muhammad Dhahi Al-Hamiri, Director of the Traffic and Patrols Directorate in the Central Operations Sector, explained that the initiative aims to enhance the positivity of motorists, and provide them with the opportunity to review their traffic behaviors, and follow the traffic instructions that guarantee them safe driving.

He stressed the Abu Dhabi Police’s keenness and interest in raising the level of happiness among customers while maintaining the safety and security of road users, stressing that happiness and positivity are a culture of society upon which we build generations and the ultimate goal is to enhance the quality of society’s life.

He called on drivers to correct traffic errors, not to commit violations that result in recording traffic points, to abide by the laws, to be positive, and to abide by the speed limits on internal and external roads.