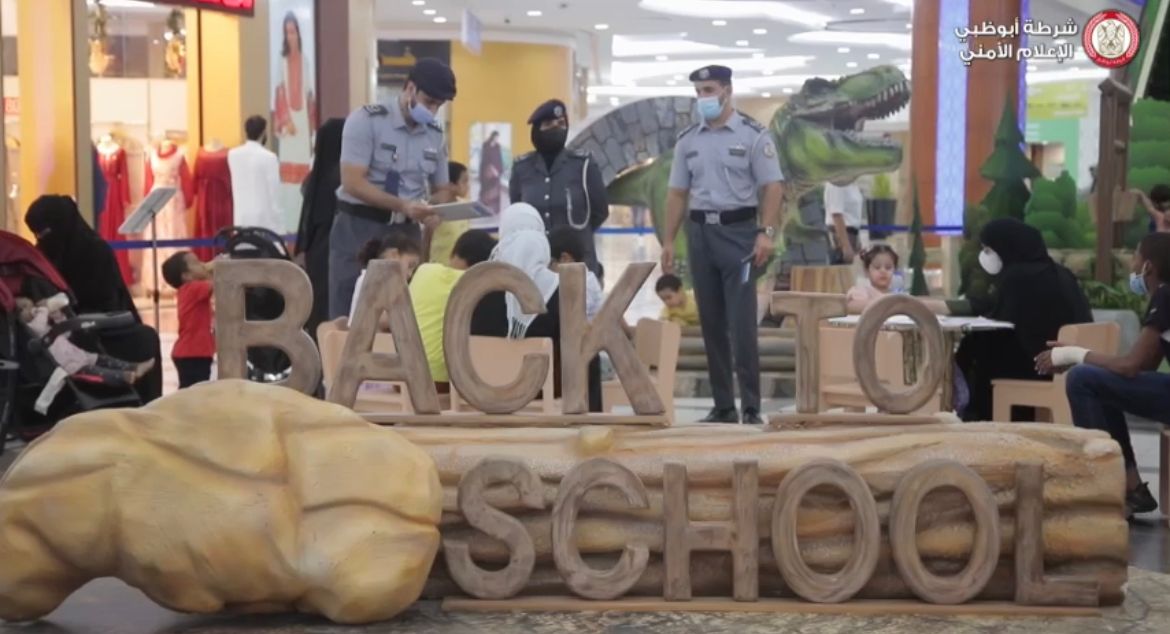 The Traffic and Patrols Directorate in the Central Operations Sector of Abu Dhabi Police implemented the “Back to School” initiative at the East Gate Mall in Baniyas, within the framework of the federal campaign at the state level under the slogan “Traffic Safety for School Students”.

The initiative focused on holding a workshop to enhance families’ awareness of the importance of providing the elements of traffic safety and a safe environment for school students, which enhances their protection from risks and accidents during their transportation to and from schools.

Brigadier General Mohammed Dhahi Al Himiri, Director of the Traffic and Patrols Directorate, confirmed the Abu Dhabi Police’s interest in enhancing traffic awareness for drivers by implementing a set of activities and traffic awareness programs as part of efforts aimed at enhancing responsibility to adhere to traffic laws and regulations, and reducing the causes that lead to traffic accidents and the resulting deaths and injuries. eloquent.

He pointed out the Abu Dhabi Police’s keenness to strengthen partnership with various sectors and segments of society in spreading traffic awareness to ensure the safety of our students during their transportation by school buses, explaining that the law obliges vehicle drivers to stop if the side (stop) signal on buses is opened as follows: On single roads, a complete stop is required. For all vehicles traveling in both directions with a distance of no less than five metres, in dual lanes, all vehicles traveling in the direction of the vehicle’s travel must be completely stopped at a distance of no less than five metres.

Major Ahmed Abdullah Al Muhairi, Director of the Public Relations Branch of the Traffic and Patrols Directorate, indicated that the event included applications and community programs and introducing modern systems and technologies in the field of traffic safety, the most prominent of which are children’s drawings via AR technology, which allows them to be viewed via the iPad as they move, traffic competitions, digital publications, videos, and children’s drawings.

Dubai Courts acquit “Khaliji” of debts implicated by his brother