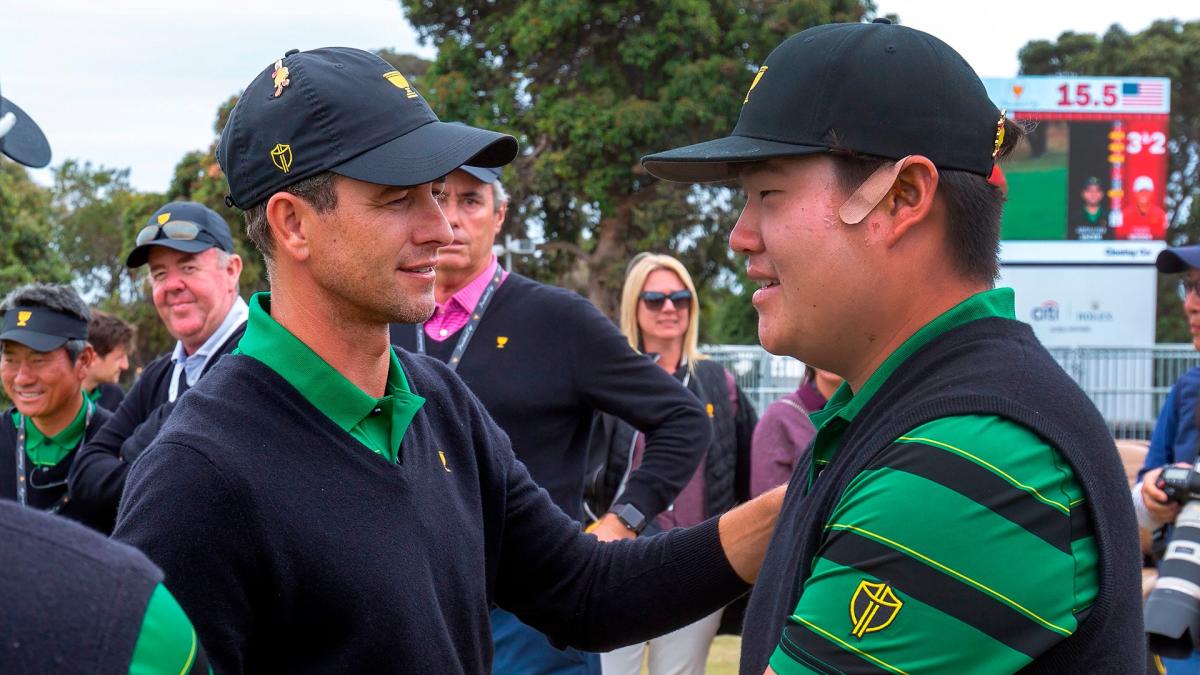 VIRGINIA WATER, England – Given the international squad’s record in the Presidents Cup, there is nothing new about playing the underdog role, but this year captain Trevor Immelman has taken over the concept.

After losing many key players from LIV Golf, including Cameron Smith and Joaquin Niemann, Immelman picked five rookies with his six captain picks and has acknowledged that the US team will be the firm favorite at Quail Hollow next week. However, there is a road to victory, at least according to international veteran Adam Scott.

“It probably sounds a long way off, but I think the most important thing is that the 12 of us have a mentality for the course of complete freedom, whatever trigger you need to do that,” Scott said. “Which resonates with the 12 individuals to go out and play as freely as possible. If that can happen, over 18 holes of match play, it’s a bit of a sprint and if we can improve and get most of our guys playing to their 18-hole potential, we can win.”

Scott, who will play his 10th Presidents Cup next week, made earning a spot on this year’s team a priority when Immelman was named captain and he will be the leader on the track for the international side, a role that he has fulfilled the last few matches.

“As for my opinion, if Trevor wants me to speak for the team, that’s up to him,” Scott said at the BMW PGA Championship on Sunday. “When it comes to playing, I feel responsible to go out as an older man and win points. You’re looking for a guy like me to guarantee points, that’s easy said and not easy done. Giving confidence to the rest of the team, that’s the best I can do.”

Why is Greg Norman’s logo on volunteers’ clothing during the Sanderson Farms Championship?