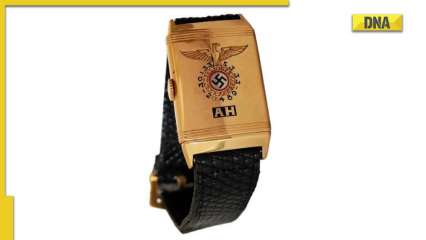 Despite calls from the Jewish community against the sale, a US auction house sold a wristwatch belonging to Nazi dictator Adolf Hitler for the insane price of $1.1 million (more than Rs 8.71 crore).

The auction was led by Alexander Historical Auctions in Chesapeake City, Maryland. The auctioneers described the watch as a “World War II relic of historic proportions” and had estimated its value at $2-4 million.

The controversial sale was protested by Jewish leaders, who objected to the auction of the watch, inscribed with Hitler’s initials AH, declaring the item had little to no historical value.

The auction house and its chairman Bill Panagopulos defended the sale. The buyer of Hitler’s watch was a European Jew, he said.

In addition to Hitler’s initials, the watch features a Nazi swastika. The watch was confiscated by a French soldier as spoils of war in May 1945.

READ | After Will Smith apologizes for Oscars slapgate, Chris Rock says ‘no one hears real victims’