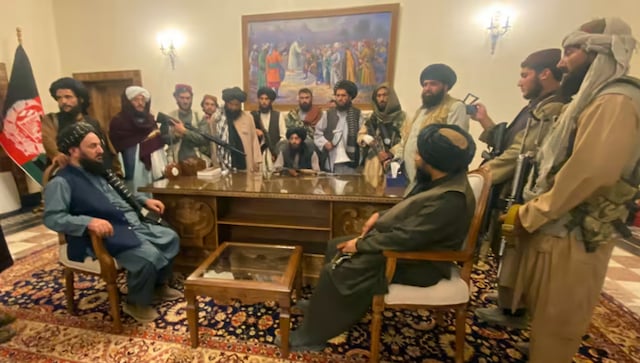 China is the latest nation with global power ambitions to join the ‘Big Game’ in Afghanistan, a ‘game’ in which great empires and military superpowers have burned their fingers in the past Image Courtesy TBEN

New Delhi: In a kind of quid pro quo, China is trying to persuade the Afghan Taliban to provide greater security for Chinese nationals in Afghanistan by supplying modern weapons to the hardline Islamist regime in Kabul.

China’s move to supply arms to the Afghan Taliban threatens to undermine peace and geopolitical stability in the region amid an unstable economic and security situation in Pakistan and chronic violence in Afghanistan.

China is the latest country with global power ambitions to join the “Grand Game” in Afghanistan, a “game” that has burned the fingers of great empires and military superpowers in the past.

According to Zafar Iqbal Yousafzai, author of The Troubled Triangle: US-Pakistan Relations under the Taliban’s Shadow in The Jamestown Foundation, China is supplying modern weapons and military equipment to the Afghan Taliban after a spate of attacks on Chinese nationals in Afghanistan in recent times. .

The latest of these attacks was a major attack on a Kabul hotel housing mostly Chinese nationals and a blast outside the Afghan Foreign Ministry while Taliban officials were meeting with their counterparts from China.

Both attacks were claimed by the Islamic State of Khorasan Province (ISKP), a terrorist group that has emerged as a major rival to the Taliban in Afghanistan.

These attacks threaten Afghanistan’s stability and have increased security fears for Chinese interests and projects such as the Belt and Road Initiative (BRI) in the volatile region.

According to China’s official mouthpiece, the “Global Times,” Chinese officials have expressed concern over the uncertainty and unrest in Afghanistan and fears that some of the country’s plethora of terrorist groups will target Xinjiang – a mountainous province with a Muslim majority in western China. .

Chinese officials also fear for the safety of projects related to the China-Pakistan Economic Corridor (CPEC), which have suffered several attacks in Pakistan’s Khyber Pakhtunkhwa and Balochistan provinces.

Both provinces border Afghanistan and officials in Pakistan have alleged that Baloch groups fighting for the freedom of Balochistan and the Tehreek-i-Taliban Pakistan (TTP) operate from bases across the Durand Line with the active cooperation of the Afghan Taliban . .

According to news agency Xinhua, Chinese Foreign Minister Qin Gang has urged Amir Khan Muttaqi – his counterpart in the Taliban regime in Kabul – to ensure the safety of Chinese citizens in Afghanistan.

Muttaqi reportedly assured Qin Gang that the Afghan Taliban has banned all troops from using Afghanistan’s territory to sabotage China’s interests in the region.

“The country will resolutely combat all forms of terrorism and take strong measures to ensure the security of Chinese personnel and institutions in Afghanistan,” the Taliban leader told ANI.

To meet the challenges of Chinese interests in the region, China has sought to arm the Taliban with modern weapons, ostensibly to help Afghanistan’s Islamist rulers fight terrorism and extremism.

According to The Jamestown Foundation, China is secretly providing military and humanitarian aid to the Afghan Taliban government.

One such aid is China’s supply of unmanned aerial vehicles (UAVs) to the Taliban, which has significantly boosted the combat capabilities of Afghanistan’s Islamist rulers.

The first drone was obtained through a front company from China and cost $60,000, which engineers custom-made to carry four mortar rounds, New Lines Magazine reported Sept. 15, 2021.

However, the drone unit still uses modified commercial drones for surveillance and operations. To improve its UAV capabilities, the Taliban signed a deal with China to purchase Blowfish attack drones.

The Blowfish enhances the combat capability of the Taliban in operations against its opponents, especially ISKP. It will also put significant pressure on other resistance movements, including the National Resistance Front in the Panjshir Valley.

China’s reported supply of combat drones to the Taliban is expected to have a significant impact on US-China relations beyond increasing the Afghan Taliban’s ability to target the ISKP and other rivals in the region.

How to watch President Biden’s State of the Union address

Ukraine warns that Russia is planning a major offensive