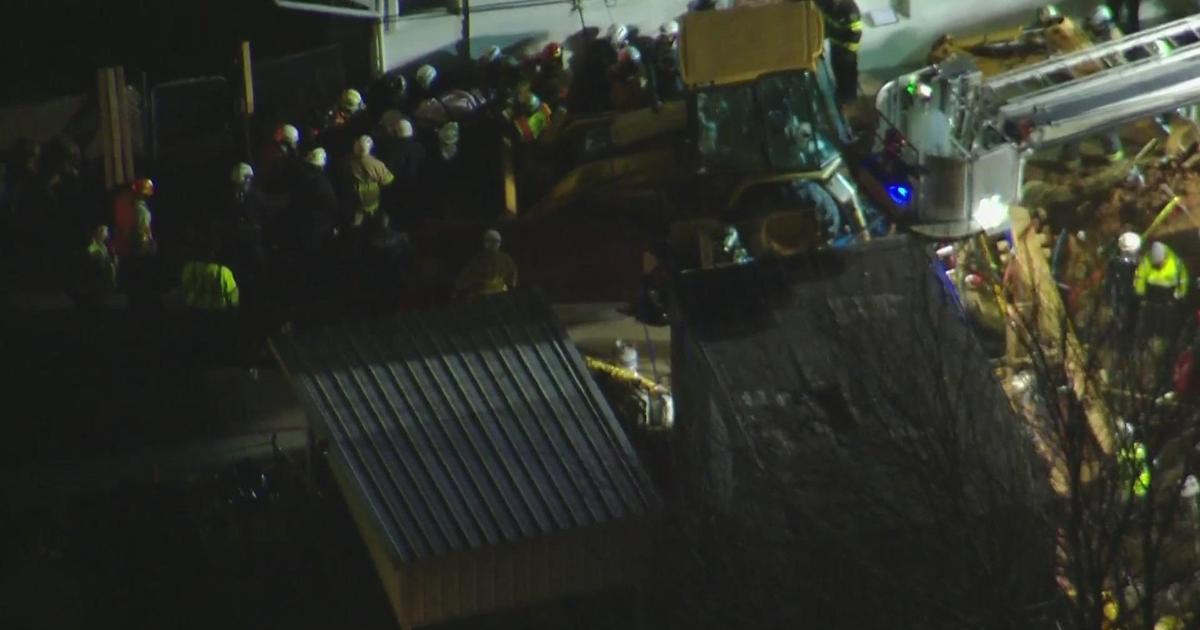 ALLENTOWN, Pa. (TBEN) — After more than eight hours on Wednesday, crews in Allentown rescued a construction worker trapped in a trench. Dozens of rescuers worked to free the man, who was trapped in five feet of mud.

At around 2:00 p.m., he and another man were working in the backyard of a home on West Gordon Street and North Fulton Street when they became trapped in the trench. One of the men was able to climb out via a ladder.

Crews were working on an excavator project when two men became trapped in the back of a building.

During the rescue, crews said the man remained conscious and communicated with rescuers.

Officials say the man is in his 20s. He was lifted out of the hole by a fire truck ladder. Crowds of people who had waited hours for the moment applauded him and his family who stood beside him as he was put into the ambulance.

Crews pumped hot air to prevent hypothermia as temperatures began to drop throughout the night.

The victim was given fluids and pain medication while he worked to be freed, given the weight of the debris on his body for such a long time, officials said.

The process took just as long because the crew had to use hand shovels and a machine to suck out the dirt because the hole the man was trapped in was too small for machines – about 30 inches wide and 12 feet deep.