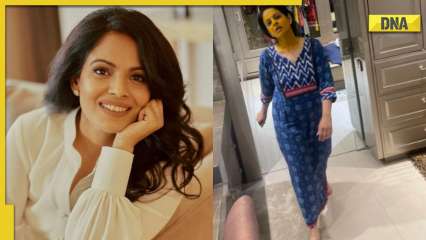 Shark Tank India fame Namita Thapar’s Instagram bio was recently changed to ‘shi**y mother, shi**er wife’. A photo of her was also uploaded from her Instagram profile with the caption, ‘This is Namita’s son. I just want the world to know that the person you see on TV is not who you think she is. Unfollow her ASAP. Will explain why in due course.”

This is what hate does to this world, makes people toxic. A trained home help who was removed stole my phone and posted a hateful post on social media. Praise for being a public figure! Excuses! — Namita (@namitathapar) January 14, 2023

For those not familiar with the context: pic.twitter.com/CkMTLXZx8H— Harsh Y Mehta (@harshf1) January 14, 2023

Netzines have also responded to her tweet, one of them writing: “If it was a post from a domestic worker, why is she apologizing? And most importantly, who does she apologize to? The second said, “Password bhi educated houe help me break cart diye high.” The third person commented: “Nice!! Shift the blame to a poor domestic worker. I know it’s hard to accept that your son has spoken the truth.” The fourth person replied, “I don’t think it’s done by a domestic worker… no one will believe this script.” The fifth person commented, “That well-trained home help knew your phone’s password…..good try, better luck next time.”

Since creating stories isn’t your area of ​​expertise, you should have gone out and let your social media manager come up with a better excuse. — Komal Pimpale (@k_pimpale) January 15, 2023

The sixth person wrote, “Had you said your account was hacked, it would have been more believable.” The seventh said, “Maybe it’s your son who posted…why are you blaming the domestic worker.” The eight person wrote, “since creating stories isn’t your expertise, you should have gone out and let your social media manager come up with a better excuse.”

Charlie Thomas Dies: Rock And Roll Hall Of Famer With The Drifters For 60 Years Was 85