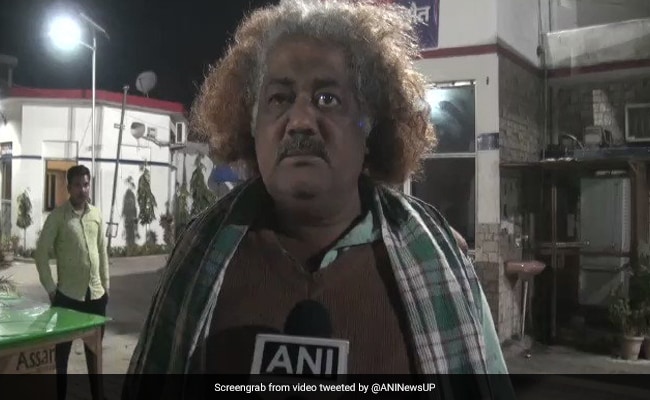 Baghpat: Harinder said he has suffered because of his rivals in recent days.

Hours after a clash between chaat Baghpat vendors in Uttar Pradesh have gone viral as the man at the center of the scuffle reveals what happened.

Harinder, who claims to have a 40-year-old establishment, stood out among the eight men arrested after the fight. Nicknamed “chachaHe told ANI news agency that he had suffered because of his rivals in recent days.

“They kept attracting my customers … they kept telling them to come to our store, their food is from last night … The customers were giving me back my chaatHarinder complained.

“They did it four or five times.” He made these remarks before his arrest.

Things came to a head yesterday when the eight men from two rivals chaat the stalls began to fight on the road with rods and iron sticks.

The bizarre fight at a popular city market continued for about 20 minutes before breaking down. The video, possibly recorded by a viewer, quickly appeared on social media and went viral.

A dozen people were injured, Baghpat police said in a statement after making the arrests.

“Of them chaat Store owners competed in Baraut to attract more customers to their stand. Eight people were arrested from both sides, ”police officer MS Rawat said.

ALSO READ  No discrimination in UP, more than 30% of beneficiaries of social protection schemes are Muslims: Yogi Adityanath

On social media, users likened the fight to a WWE match and some even used the rampant hashtag “Pawri Ho Rahi Hai”.

Harinder, or “Chacha“, attracted attention because of his large hair, dyed with Mehendi. Some have compared him to Einstein.

Kamal Haasan’s party to fight for 154 seats in Tamil Nadu, rest for 2 allies