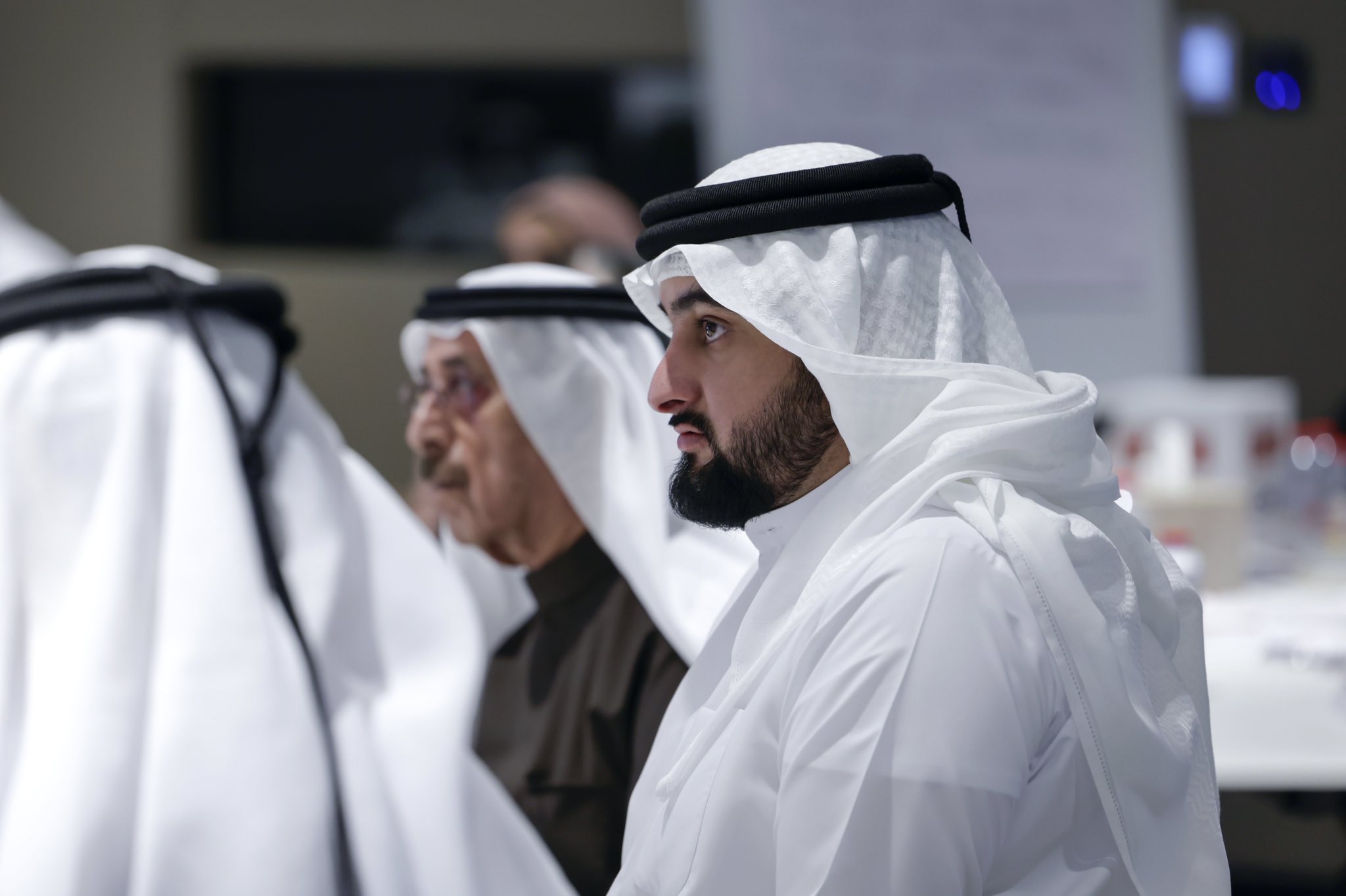 His Highness Sheikh Ahmed bin Mohammed bin Rashid Al Maktoum, Chairman of the Dubai Media Council, affirmed that Dubai stands on the threshold of a new stage in its development path, which dictates a comprehensive review of the emirate’s media with all its devices and channels, to identify opportunities that can be focused on during the next stage.

This came at the start of the media retreat organized by the Dubai Media Council today (Wednesday), in the presence of His Highness Sheikh Hasher bin Maktoum Al Maktoum, Chairman of the Dubai Media Incorporated, at the headquarters of the Dubai Government Media Office, to discuss the next steps in the process of developing the “Dubai Media Incorporation”, and to develop perceptions To the requirements of modernizing its various sectors through which it covers all media branches, whether audio, visual, print, as well as digital, and to raise the efficiency and competitiveness of its various arms, expand its reach, and enhance its balance of credibility and trust that it has established with the recipient over many years, whether inside or outside the UAE.

His Highness the Chairman of the Dubai Media Council called on the participants in the brainstorming, which included the retreat of the leaders of the Dubai Media Corporation and within its various sectors, to present practical ideas for development that are achievable within specific time frames, taking into account the criteria that must be observed in this context, including monitoring the most prominent trends. the global media, and identifying the indicators through which the performance of the institution’s sectors can be monitored and measured, whether on radio, television, or the press, as well as digitally,

During the retreat, which was attended by His Excellency Mona Ghanem Al Marri, Vice President and Managing Director of the Dubai Media Council, Director General of the Media Office of the Government of Dubai, Mohammed Al Mulla, CEO of Dubai Media Incorporated, members of the Dubai Media Council, as well as a number of experts in the media sector, stressed the importance of monitoring The development feedback of the audience, within a continuous evaluation process to ensure sufficient flexibility to respond to the results of monitoring and the introduction of further aspects of development based on a clear methodological basis aimed at reaching the highest levels of performance and thus ensuring the highest levels of recipient satisfaction.

In light of the main goal for which the media retreat was organized, which is to anticipate and reformulate the future of Dubai Media Corporation and its affiliated brands, the main axes on which the efforts to develop Dubai Media Corporation should be based were discussed, foremost of which is the interest in the national staff and the expansion of its presence in its various branches. media and raising the level of his participation in content creation, since the Emirati journalist is the most capable of understanding and assimilating the local reality, and conveying a clear picture of it to the recipient at home and abroad.

Participants agreed on the importance of distinguished content as a basis for development, as it was emphasized that the institution’s development process is focused on adopting new ideas, advanced content, and a vision that reflects Dubai’s aspirations for the future, in a conscious manner that understands the requirements of the recipient and seeks to meet the variety of content he seeks, which requires continuous knowledge of The best international practices in the field of content development, drawing inspiration from them that are commensurate with our values, culture and environment, and using the latest technologies, as well as encouraging creativity and creative ideas to provide unique qualitative content in order to reach the best possible results.

ALSO READ  Mohamed bin Zayed: I call on our society to adopt new ideas and qualitative initiatives that embody the civilized face of our country

Ways to enhance the presence of Dubai Media Corporation in the new digital environment were also reviewed, and how to utilize the great opportunities offered by this environment to increase the spread and influence of its various channels, and benefit from them in a manner that achieves the desired goals and increases the number of followers around the world, emphasizing the value of the corporation and its various media arms as an important window. The world looks at Dubai, its achievements, its ambitious vision for the future, and what it prepares for it in terms of elements that guarantee its leadership in it.