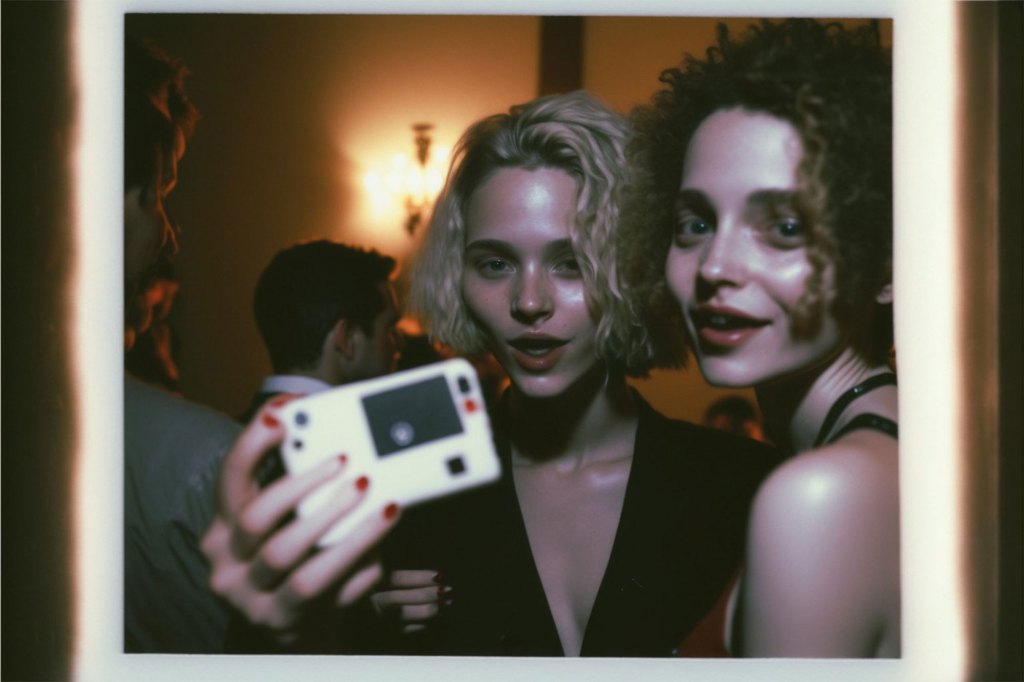 A developer on Twitter is going viral after sharing what appear to be vintage-style shots of a house party, made with artificial intelligence. And if you stare at it too long, it’s not a party that keeps you awake, but the nightmares of the “uncanny valley” that keep you awake.

the pictures, posted by @mileszim on Twitter seem to reflect fun, candid moments at a party. While the faces may look real enough, they’re actually amalgamations of countless faces conjured up by a machine.

While the images look legit at a glance, some of the partygoers are missing important body parts.

In one photo, in which two women pose for a picture with a white digital camera, the woman taking the picture has what appears to be a severely deformed hand. Another shot of two women holding some kind of Polaroid camera shows more fingers growing out of the photographer’s hand.

“Midjourney is going to be insanely powerful – none of these are real photos and none of the people in them exist,” Miles wrote in the caption of his Twitter post.

Many of the women in the photo collection also have too many teeth in their mouths, and one was missing a fingertip on her thumb.

“Soon the only way to find out is by counting your fingers,” one user wrote in response to Miles on Twitter. “5 and it’s real, 6 it’s questionable, 7 and it’s definitely AI generated.”

Another commenter claimed that AI was imposing unrealistic beauty standards on women.

In the same Twitter thread, Miles shared another set of his AI-generated photos this time around all males. He revealed that you have to be very specific when trying to build male AI-generated figures.

These images, which showed a group of men using plastic cups to “cheer” each other, showed the same finger count problem. In one photo, the hand of a young man holding a red cup, his hand was completely detached from his body.

While sharing the photos of what appeared to be a group of guys at a house party, Miles noted that he found the AI ​​generator biased, as his command for “people” seemed to be standard for white people in particular.