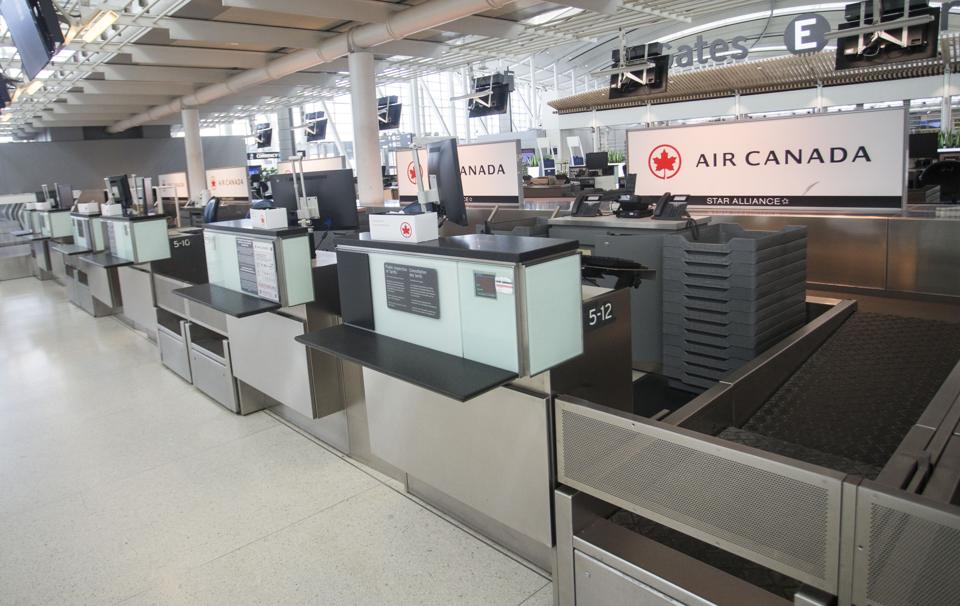 Air Canada, Canada’s largest airline, announced today that it will cut 1,700 jobs. The cuts are the result of adjustments the airline is making to its “COVID-19 mitigation and recovery plan” by reducing its capacity by an additional 25%. The airline says that “as a result of these system-wide changes, there will be a downsizing of approximately 1,700 employees, in addition to the more than 200 employees affected by its Express carriers. The airline is working with its unions on mitigation programs. In the press release, Air Canada says the 25% reduction in capacity is due to new pre-departure testing requirements, provincial lockdowns and travel restrictions.

“Since the federal and provincial governments implemented these increased travel restrictions and other measures, in addition to existing quarantine requirements, we have seen an immediate impact on our close bookings and have made the difficult but necessary decision. to further adjust our schedule and rationalize our cross-border, Caribbean and domestic routes to better reflect expected demand and reduce cash consumption. We regret the impact that these difficult decisions will have on our employees who worked very hard during the pandemic to care for our customers, as well as on the affected communities, ”said Lucie Guillemette, Executive Vice President and Chief Commercial Officer of ‘Air Canada.

“While not the news we hoped to announce at the start of the year, we are nonetheless encouraged that Health Canada has already approved two vaccines and the Government of Canada expects the vast majority to of eligible Canadians be vaccinated by September. We look forward to seeing our business resume its normal course and bring back some of our more than 20,000 employees who are currently on leave and layoff, ”concluded Ms. Guillemette.

Recently, Air Canada has also reduced many routes, including the suspension of all its flights until further notice to Prince Rupert, BC, Kamloops, BC, Gander, Newfoundland, Goose Bay, Newfoundland to Yellowknife, NWT. And in Fredericton, New Brunswick.

WestJet, Canada’s second largest airline, is also experiencing layoffs and road suspensions. Last week, WestJet announced cuts to its schedule, blaming the Canadian government’s ongoing travel restrictions, including its recent move to require negative coronavirus tests from all international travelers entering the country. The press release noted that “… the airline continues to face volatile demand and instability in the face of federal travel warnings and restrictions. WestJet has laid off 1,000 employees.

“Immediately after the announcement of incoming federal testing on Dec. 31 and with the continued 14-day quarantine, we saw significant reductions in new bookings and unprecedented cancellations,” said Ed Sims, president and chief executive officer. from WestJet management. “The entire travel industry and its customers are once again victims of inconsistent and inconsistent government policy. We have advocated for the past 10 months a coordinated testing regime on Canadian soil, but this hasty new step causes unnecessary stress and confusion for Canadian travelers and can make travel unaffordable, unfeasible and inaccessible to Canadians for years to come. ”

“Unfortunately, this new policy leaves us with no choice but to re-place a large number of our employees on leave, while having an impact on the pay of others,” Sims continued. “It is a cruel result for the loyal and hardworking staff who have worked diligently during the pandemic.”

France requires Covid-19 tests for all arrivals, even those from the EU

Eurostar fails: France, UK disagree on who should bail out